An update to yesterday’s “Robert Investigates” post – fixing the arcade. 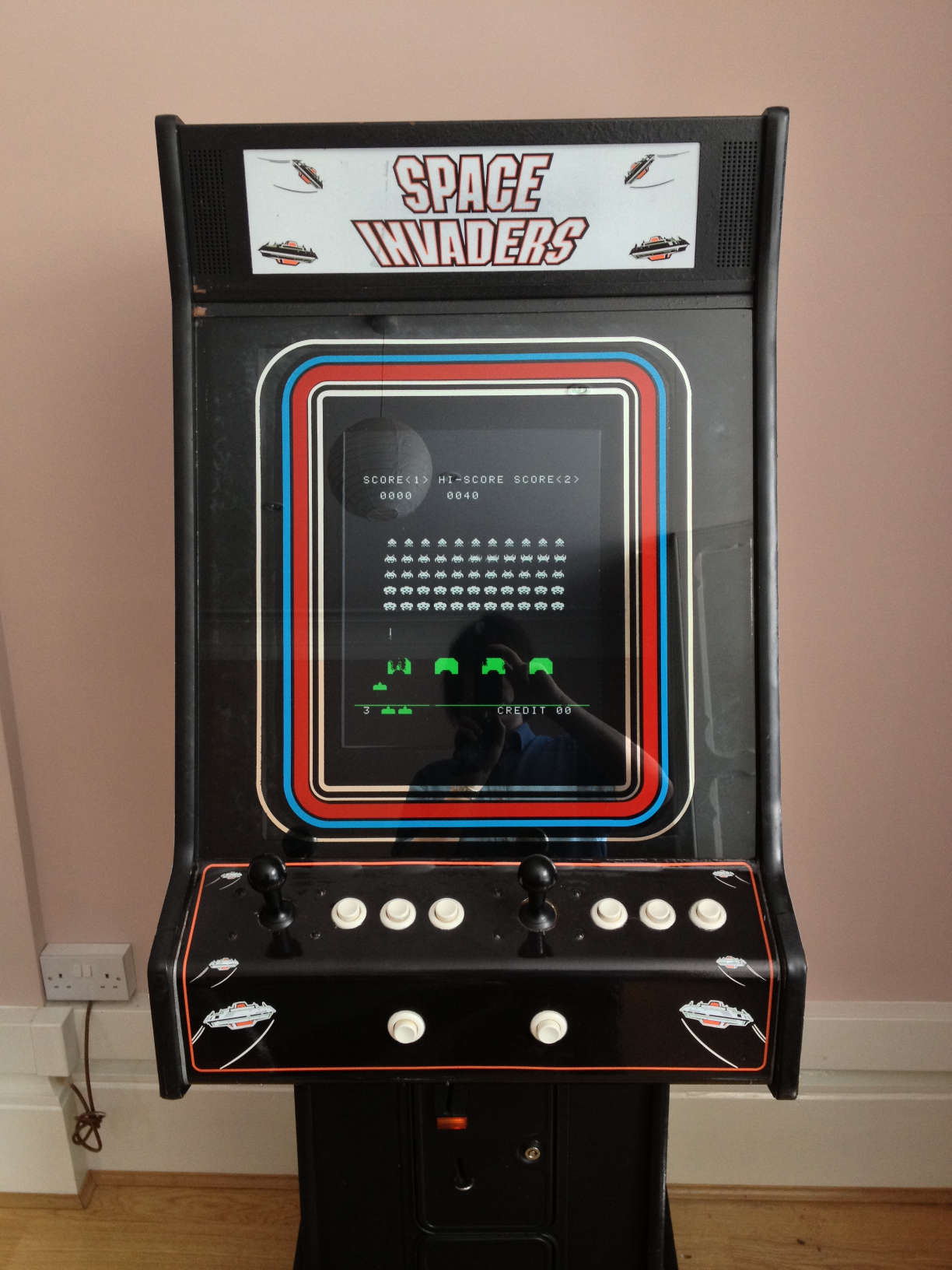 In yesterday’s post, I talked about the Arcade machine we have at work where the screen had stopped working, and how I didn’t feel the power supply I bought for it was fit for purpose. Well, another day, another power supply…

This time, I spent a little more (almost £20, including next day delivery… don’t judge, I just wanted to play Space Invaders sooner 😉 ), and it arrived today. 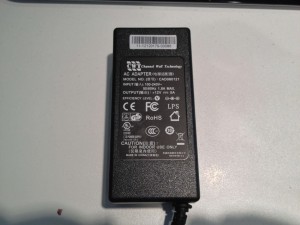 The new power supply, from a reputable manufacturer.

This time, I bought a CWT (Channel Well Technology) CAD060121. CWT are a well known power supply manufacturer in China who are usually contracted out by other companies to make chargers and power supplies for their products. The only difference here is that this is a non OEM adapter direct from CWT themselves. Under the label they are exactly the same as one with a company name slapped on it. This unit has a good weight to it, and a good, thick, cable coming from the output end. Spellings are all correct (as far as I can see), and the safety symbols look correct. So, at lunch time, it was time to go straight down to the “chill room” and install it. 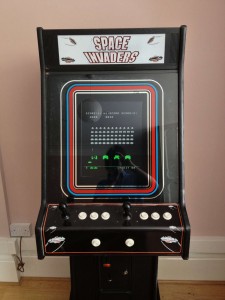 Playing Space Invaders on the Arcade. The way it was meant to be played!

Powering up the Arcade, and good news! Images appeared on the screen.

Now, a little bit more about this arcade, in the last post I mentioned that it had been refurbished. Along with the CRT being replaced with a TFT LCD flat panel, the internal workings had also been replaced with one of those questionably legal (ha, in no way is it a licensed product) iCade 60-in-1 JAMMA boards (not only unlicensed, but also a clone of the original 60-in-1 board (known as the Quality B Version), confused yet?). It features an array of classic arcade games such as: Space Invaders (obviously), Pac Man, Ms. Pac Man, Galaga, 1942, Frogger, Donky Kong, Gyruss, and many many more!). A naughty move by the creators of the board is that they’ve hacked all the games to remove the original copyright names, leaving only the year of release from the title screen. 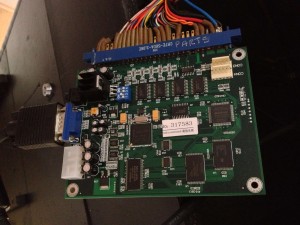 I think my favourite game on here so far has to be Gyruss, which annoyingly is known to have problems on the 60-in-1 board regarding sound, but the game play is still fine, which is the most important thing really.

But back to the repair, what about the old power supply? Well, uxwbill (who I plugged in my last post) mentioned I should take it apart as he suspected failed capacitors. I was already one step ahead of him and brought the device home to crack open. 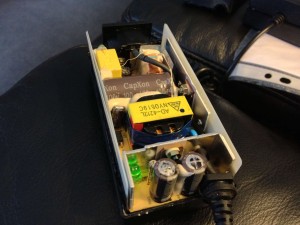 The issue with the old PSU, failed capacitors.

As we had both suspected, it looks like capacitors are to blame. The two closest to the bottom of the picture have bulged and leaked, most likely due to the heat generated when in operation. I might repair this one at some point, but for now, the replacement seems to do the job just fine.

Oh, and as a side note, VWestlife (who I also mentioned yesterday) says he’s seen far worse examples of bad power supplies than the £6.99 special I showcased yesterday!