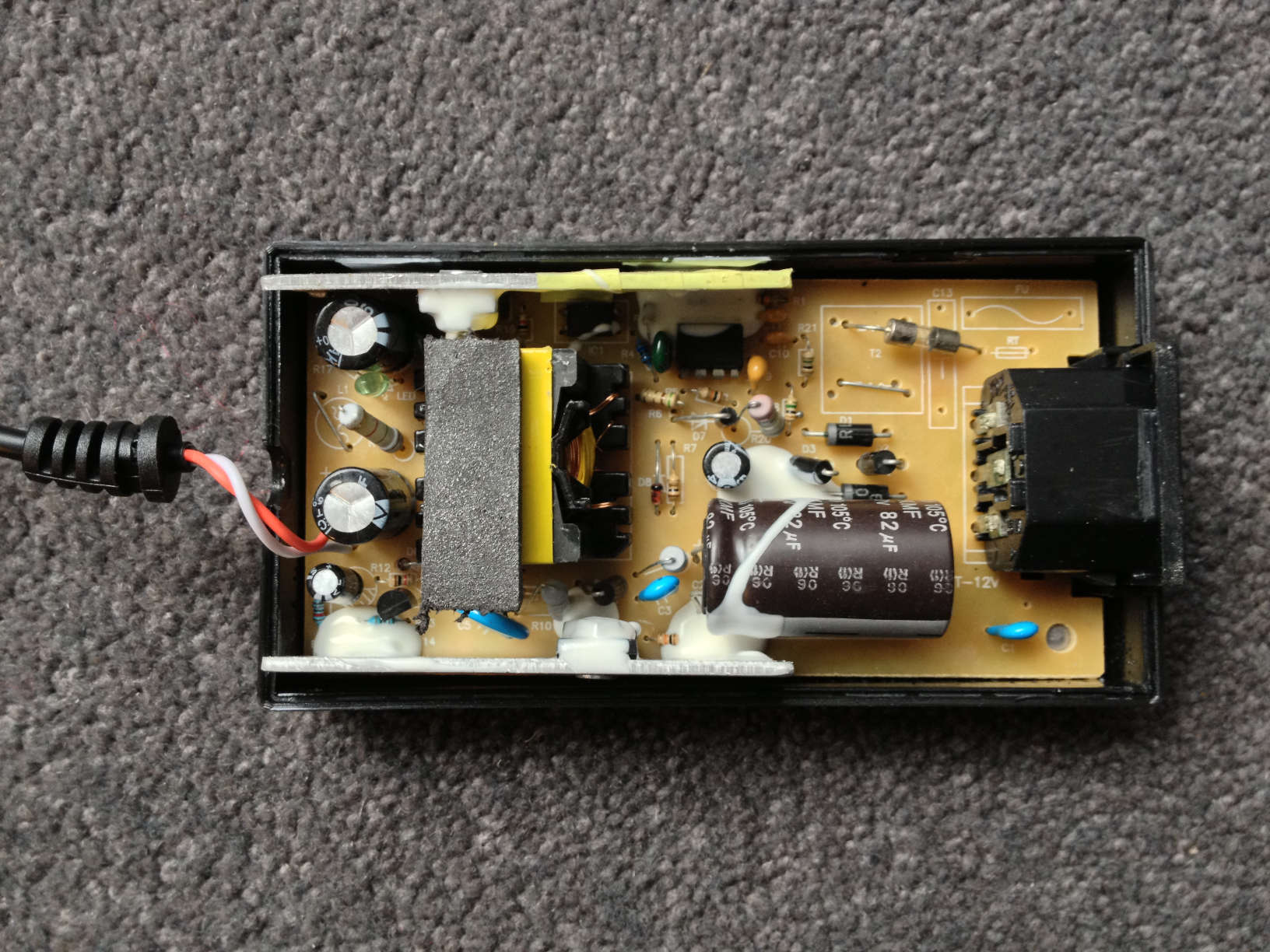 At the office, we have a “chill room” where the staff go to unwind at lunch time. Often we play darts, but there is also an item of interest sitting in the corner of the room 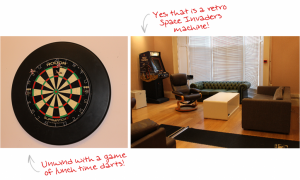 The Chill Room at work

As the picture (directly lifted from the company’s website) boasts, we have a retro Space Invaders Arcade machine, which is pretty awesome. Sadly, this hasn’t actually been working for close on a month now, so I decided to do something about it. Finding the keys for the back of the unit lying around, I popped off the back to find the whole machine had been refurbished not that long ago, and its old bulky CRT screen had been replaced with a stripped down TFT flat panel. As the machine was making sounds when buttons were being pressed, I assumed the screen was at fault. As it turns out, the screen has an external power supply, which seemed to be the issue. 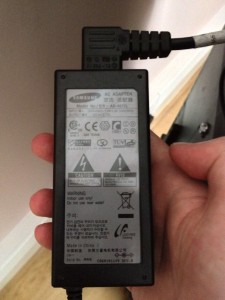 So, after a few hours of searching after work finally lead me to the world’s favourite online car boot sale where I picked up a replacement, located in the UK, for the princely sum of £6.99. Well, this is what arrived for me in the post today: 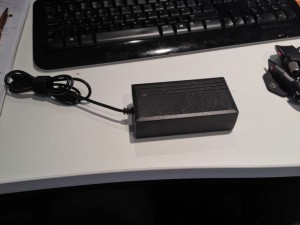 At this point, I couldn’t fail to notice how light this thing is, so I flipped it over to have a look at the label on the bottom. 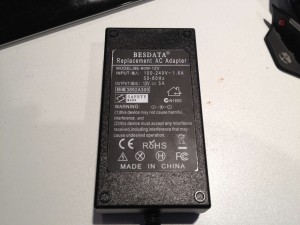 Here, I can see the standard array of safety symbols, but also some things caught my eye, such as the usual FCC Rules statement which strangely starts with the word “Warning”

(1)this devlce may not cause harmful interference , and

The words in bold are not typos on my part, but actually printed like that on the device. The symbols themselves also don’t look totally correct, though better than some I’ve seen.

Needless to say, the Arcade still doesn’t work, and another power supply is on its way (from a different seller, of course), but I decided to take this one home and probe it a bit.

First thing to do was to check if it actually powered on. So I put the unit in the middle of the floor, well out of the way of anything, and just before powering on, yelling (in the words of YouTube user uxwbill – who, if you’re into electronic repairs, vintage stereo equipment, and car repairs, it’s definitely worth checking his channel out) SMOKE TEST!!!! 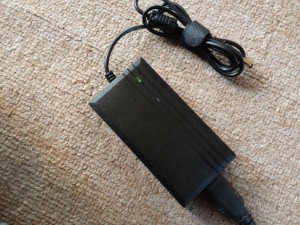 The dodgy power supply powered on

Well, it didn’t go bang, so that’s always a good start. Next, time to test the output voltage. 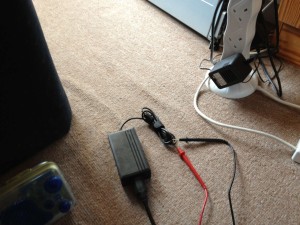 Testing the unit’s voltage, note the AM radio to the left, and the OP-EZY server in the background.

This read a rather steady 12.48 Volts, which is a little too high, but the monitor should have been able to cope with that just fine.

Finally, it was time to power it off, and place an AM radio next to it and power it back on again to see how well this unit shields electromagnetic interference. (A trick I picked up from another YouTube user VWestlife, another channel worth checking out) This was an epic failure:

(The sweet sound of Magic 1152 being downed out by this cheap Chinese power supply, presumably calling home)

Well, enough was enough, time to pop the lid – the fun part. 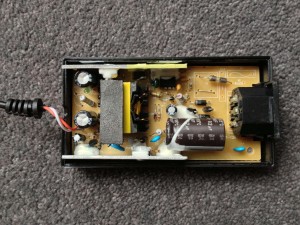 The cover off the unit showing its innards

Well, that top right hand corner looks like a bit of a botch job, a lack of filter capacitors, and the fuse bridging that connection (rather than in its designated place). Though, I do have to give them points for actually fitting a fuse, so good job there lads!

Next, those capacitors don’t look particularly nice, the large one is a “Sam Young” branded one, a brand that’s cropped up in various bad caps websites over the years. But lets have a look at the bottom of the board, where things really take a turn for the sinister: 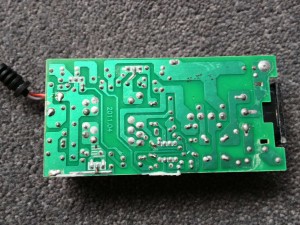 The bottom of the PCB in the power brick

Now, to pass electronic safety tests, there must be a decent distance between the high and low voltage circuits. About a third of the way in from the left, we see a large area with the date of the PCB’s design (?) etched in, this is the separation of the high and low voltage circuits. At a glance, it looks like a generous gap, but then if we look further up the board we see the lines get very close to each other (just over 1mm). That is far too close to be safe, and there’s no way those safety markings on the label can be genuine.

I was right to be wary of this unit. A cheap power supply may seem like a bargain, but when it comes to something like electricity, which can potentially kill you (with a much greater risk if you live in an area where the mains is of the 230V 50Hz variety), it’s worth paying that little bit more for a product that’s safe. And yes, that does mean I fully endorse paying the extortionate prices at the Apple Store if you need to replace your iGoodies power supply 😉

There are plenty more tests that could have been done on this unit, but as I don’t have the equipment to do so, I can’t. But I bet that this unit would fail to provide the 5 Amps it’s rated for, and probably doesn’t have a very clean output, but the findings I have shown above is enough to show this power pack is down right dangerous and should never be used.

So this, kids, is why you must never buy cheap power supplies.