Love it or hate it, the future is Crypto! 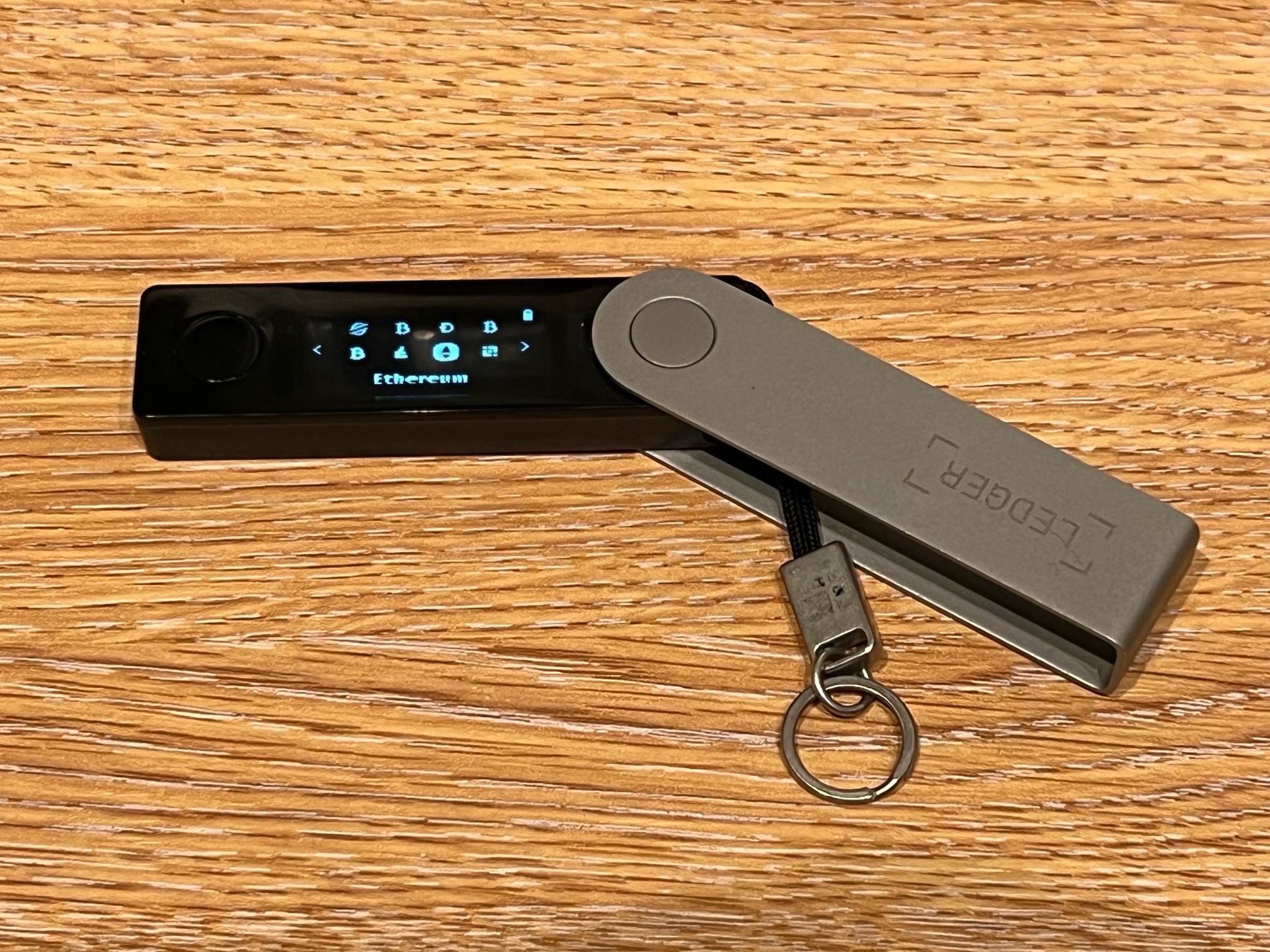 Quite a few years ago, I wrote about how the UK wasn’t ready for “Web 3.0”, back then no-one knew what “Web 3” would be, and I was pretty sceptical in regards to how long it would take for the UK to get an upgrade to its infrastructure. Well, it turns out I didn’t need to worry, as what is being dubbed “Web 3” isn’t bandwidth-heavy as it revolves around the exciting world of cryptocurrencies.

Over the past few years, you might have heard the terms NFT or Non-Fungible Tokens and bizarre words like Bitcoin and Ethereum being used. This is the future of the web, and, in my opinion, this is a good thing.

The problem we face today

You see, in the past decade, there have been some subtle changes to the way we conceive ownership. Let’s take films (or movies if you’re from across the pond) as an example here: 20 years ago, if you wanted to own Hollywood’s latest blockbuster, you’d head out, go to your favourite media reseller and purchase a silver disc with your chosen film on it. You’d return home, pop that disc into a compatible player, and watch your recent purchase. The best part of this system is that you can go to your collection, pick out this disc, pop it in the player and watch it today, just as you did when you purchased it all those years ago. You own the disc; you’re entitled to watch it whenever you want.

Things are different now, as there has been a bigger push for online streaming and digital purchases. Whilst this is a lot more convenient, there’s also the risk that your favourite content might be removed without warning.

This isn’t just a theoretical scenario; we’re currently seeing this happen, with services such as Amazon removing purchased content, as well as game marketplaces removing or changing their content affecting customers who’ve already shelled out their hard-earned cash.

Meanwhile, we’ve been seeing the rise of NFTs (Non-fungible Tokens). However, if you ask most people what an NFT is, they’d most likely say, “aren’t they just overpriced JPEGs?” and in some cases, they can be. There are many examples of this; heck, I own a few NFTs myself.

Above is one of these. Drawn by an artist called Mase, this is the first of many Inkheads, which is an art collection making fun of people who have a major influence on the world. The first of these were given away for free as a way to publicise the collection, with the rare Joe Biden one above going for large amounts of money on the second-hand market.

Many neigh-sayers of NFTs will quickly point out that these images could easily be saved by anyone, so what makes NFT ownership special? Well, in this case, it’s important to forget the whole idea that NFTs are “just JPEGs” as there are so many potential possibilities.

An already working example is the concept of Crypto Domains. These have proved very popular in letting people easily transfer Cryptocurrencies and NFTs to each other. For example, I own the domain hawdon.eth, and anyone sending assets to this address would be automatically sent to my crypto wallet. I can change the addresses my crypto domain points to, but it can only be done if I verify my ownership of the NFT, which ties into my domain, something that can only be done by the owner of the wallet that holds the NFT.

So, how can NFTs be applied in other ways? Well, once you stop thinking about NFTs as “expensive JPEGs” and more of an ownership contract, this can be applied to other fields. Let’s go back to our film example. Let’s say an independent film producer releases a film and, instead of releasing it on a streaming platform, they release it as an NFT. The film itself is hosted on a decentralised service such as IPFS (InterPlanetary File System), and the NFT is a licence to watch/download the file. Now, I know what you’re thinking: “But Robert, what stops people from just getting the link to the film and downloading it for free?” Well, I have a theoretical solution for this too, and that is DRM (Digital Rights Managment). Before you go on a witchhunt, hear me out. The DRM, in this case, would be a decentralised system. To decrypt the content, you’d need to provide the NFT and sign a request from your wallet to prove you have ownership in the exact same way as managing a crypto domain.

Another example would be computer game licencing. Instead of buying a game on a marketplace that doesn’t allow refunds or reselling, why not sell licences via NFTs? That way, if you no longer want the game, you can sell your licence on the second-hand market, and the game’s development studio can gain some of the royalties on each resale. This can be extended to allow you to lend your licence out for a short time via a smart contract – think of it like loaning your friend a game CD for the weekend, but without the fear of not getting your game back on Monday morning. Or better yet, licences could be auctioned off; let’s say a famous streamer breaks a world record speed run, then auctions off the exact copy of the game that got that high score. There are many possibilities, and I think we’re just scratching the surface.

Of course, none of this would be possible without cryptocurrency networks. Whilst many people believe that Bitcoin was created as a response to the 2008 financial crisis, the pseudonymous developer, Satoshi Nakamoto, actually proposed Bitcoin in 2007. Bitcoin, of course, would be the inspiration for the thousands of cryptocurrencies that have sprung up since, each one trying to improve on the others. One of the early alternatives to Bitcoin, Ethereum, introduced the concept of smart contracts, which has enabled the creation of NFTs and Layer 2 networks such as the likes of Loopring.

With the uncertainty of the state of the global economy at the moment, people might start looking to cryptocurrencies as a way to protect their assets. If more people start putting their faith and money into crypto, we may see the volatility issues reduce. As cryptocurrencies are decentralised by design, fraud at a low level is virtually impossible.

Choosing to invest in crypto does come with its own set of risks, though. People often refer to holding these currencies as “Being your own bank”, and as cryptocurrencies are unregulated, you have no protection if your currency is stolen or lost, which is why you need to ensure you keep your assets as closely guarded as possible.

For example, you shouldn’t trust a cryptocurrency exchange, such as Binance or Coinbase, as your primary place to store your assets. Sure, they’re great for actually converting your own local currency into the coins you want, then immediately transferring them to your own personal private wallet. Ideally, your wallet should be a hardware, offline wallet. I personally use a Ledger Nano X (not sponsored).

By using a hardware wallet, your private keys never leave the device, meaning that they can’t be stolen in a cyber attack. If your device gets stolen, it’s protected by a PIN which, after the 3rd incorrect attempt, the device resets itself, destroying the private keys. As the owner of such a device, the most important thing to keep safe is the 24-word seed phrase the device generates for you on the initial setup. This 24-word seed phrase is what the device uses to generate your private keys and should never be typed out onto any device that’s not your hardware wallet. This is the basic rule for using a private wallet.

The future is now, you say?

To wrap this up, how is this relevant to the “future being now” and “Web 3 is here”? Well, as with most technologies, they’re only useful when adopted by the bigger players. We’ve already seen what crypto and NFTs can do, but who will take that leap to bring it to the masses? Well, the retail game chain GameStop has already launched an ambitious new NFT marketplace, and whilst it currently only sells artwork, music, and video, plans are already in place to start releasing games via its platform, hopefully implementing some of the ideas already discussed here. They’re keeping quiet about the exact details, but I’m sure they’re making sure everything is ready before public release.

But for now, we’ll just have to wait and see what else Web 3 has in store.