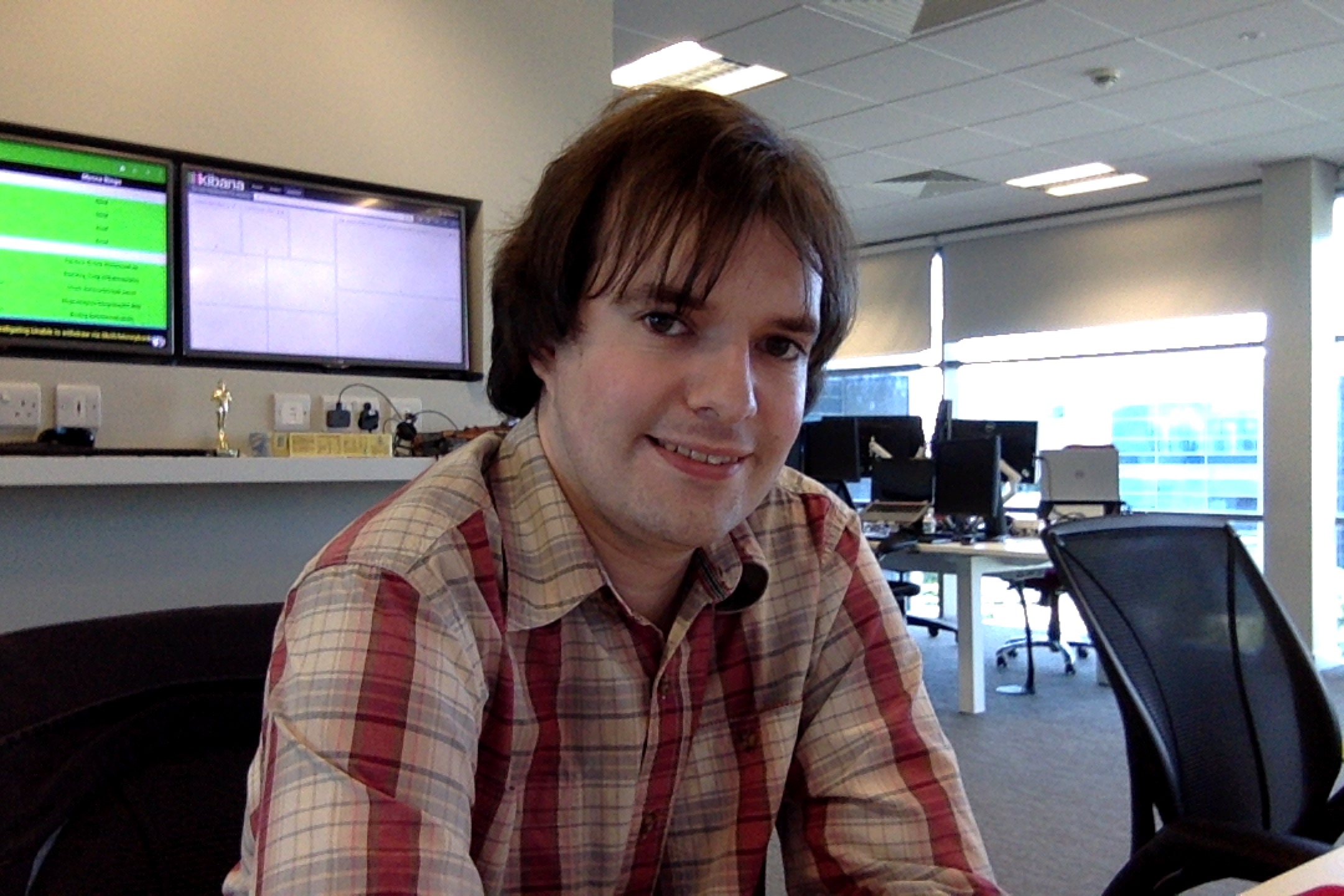 A little bit about myself

I graduated from the University of Sunderland in 2012 earning a 2:1 B.Sc. (Hons) Network Systems degree, where I learnt about: Network Management, Telecommunications, Project Management, and Ethical Hacking. I also had to write some research papers and develop a network system to pass.

Before earning my Bachelor of Science Honours degree, I attended Gateshead College where I gained a Foundation degree in ICT Support, for the two years I spent there, I learned about: Advanced Operating Systems and Hardware, Web Development, LAN Switching & Wireless, Project Management, Systems Development, Systems Fundamentals, Leadership of Change, and Service Provision. My two years there also involved creating two projects for two clients. (Including the MagicPage CMS I developed which powered the OP-EZY International website for 4 years until being replaced with WordPress in late 2015.)

I left Ponteland Community High School with 2 A Levels, 2 AS Levels, and 9 GCSE A-C grades (Including: English, Maths, and Science), as well as completing the European Computer Driving Licence (ECDL) exams in my spare time. 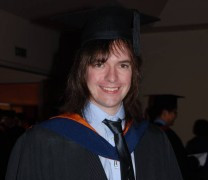 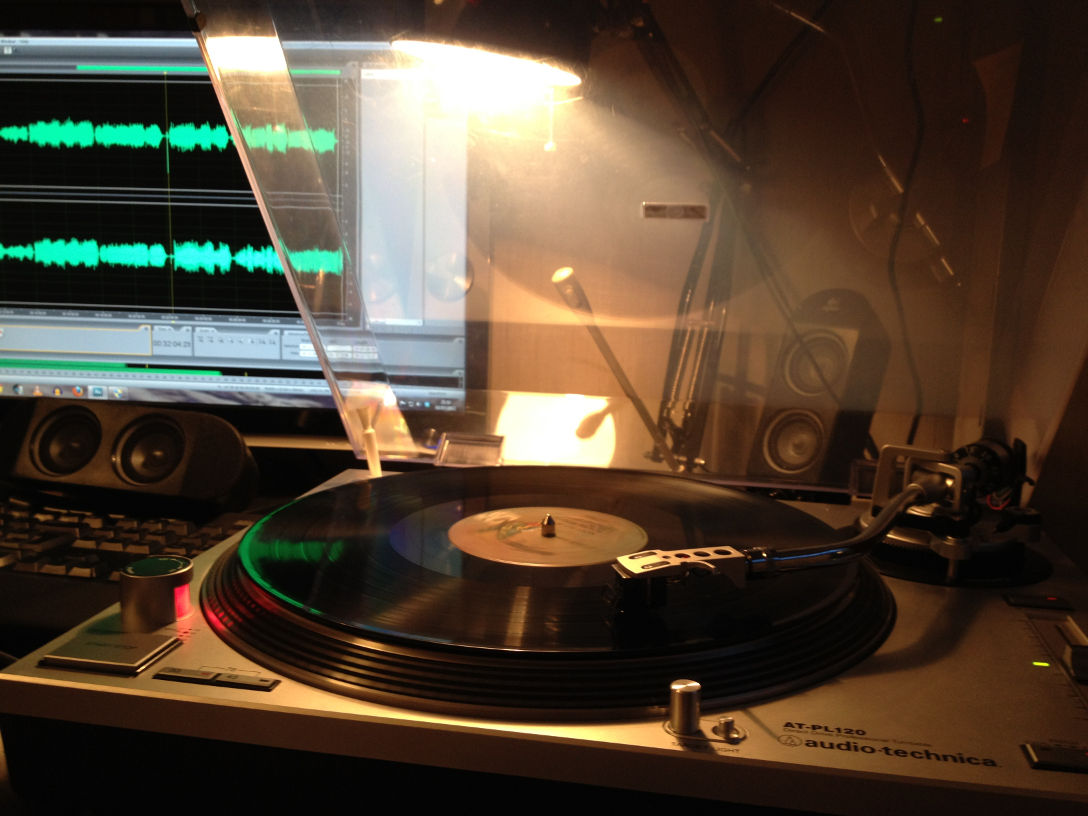 In my spare time I like to work on my computer systems, which, over the years, I have gained a vast amount of knowledge including: Legacy systems (Early PC operating systems), web hosting, Linux, OS X, and iOS to name a few.

Another one of my interests is audio and video editing. Restoring old music from vinyl and cassettes is one of these.

The image you see is my set up for audio restoration from vinyl. I transfer the music from an Audio Technica AT-PL120 equipped with a Denon DL-160 Moving Coil High Output cartridge. The audio is then captured in an uncompressed WAV file at a high definition 96kHz sample rate with a 32-bit float bit depth. For the less technically minded, this is a very high resolution, roughly 8 times better than a conventional CD.

by Lindisfarne | Nicely Out Of Tune (US Version)

A few years ago, I decided to try and build a working Linux system from scratch. This was done by downloading the source code for each component of the system and compiling it.
I’ll spare the details, but I followed Version 7.2 of the Linux From Scratch e-book.

By following this book, I was able to see exactly how a Linux based operating system is built, which components go where, and should there be a problem with the system, and installing vast amounts of software from source. Overall, I gained a greater understanding on the system that powers the majority of corporate servers.

I also like to do a bit of coding in my spare time, starting with QBASIC for DOS when I was much younger. In more recent times I created a Slack bot in Python which fetches web comics and posts them to individuals in a company based on their preferences. The code is available on GitHub. 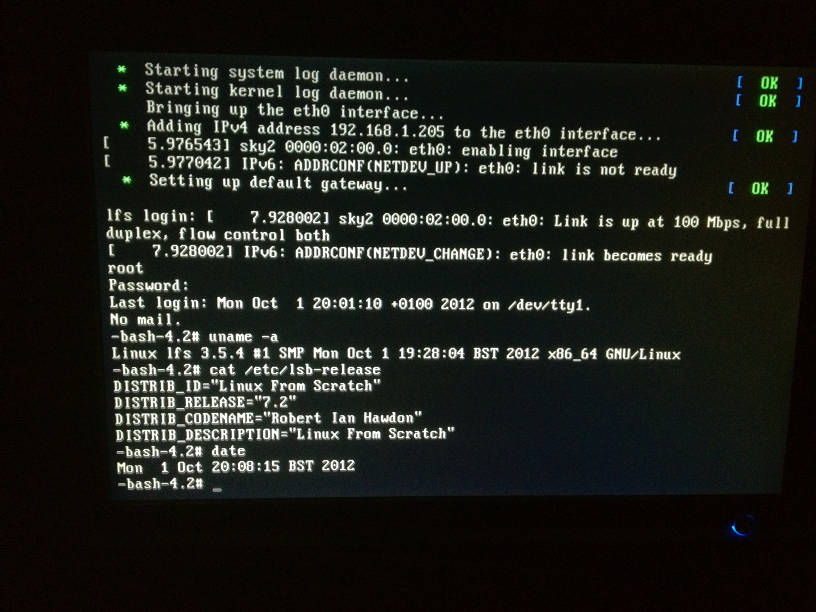 The academic life was not the path I originally chose to go down. Not long after I completed my A-Levels, I got on an apprenticeship working in IT support for Aspire Technology Solutions Ltd. Unfortunately, after a short amount of time there, the country was officially in a recession, and as an effect of that, Aspire had to lay off its lower paid staff, so I was the first to go. With the number of available jobs dropping quite sharply, I decided the best thing for me to do would be to go to College and ride it out (with the bonus, of course, of earning some qualifications on the way).

After graduating though, things weren’t much easier. There were more jobs, but also more graduates. After a few months job seeking, the Job Centre put me on their controversial mandatory work activity scheme (MWA). They got me working at the high-street retailer, Argos. My duties, for the 6 weeks I was there, were mainly stock picking (when an order comes through, to find the items in the different areas of the warehouse and get them sent down to the customer), stacking the shelves with new stock and returned stock, and assisting with collection. I count myself lucky as the Argos store I worked at was quite small, so I had plenty of time to learn the ropes. Contrary to what people might think, working behind the scenes at Argos is actually quite fun, especially as the staff I worked with were friendly. (and with all the running around, it’s a great way to stay in shape ? )

My experience with the MWA was actually a good one, as after I added my Argos experience to my CV, and added this revision to all the job sites I was registered with, I was getting calls on a weekly basis from agencies, as well as getting the occasional interview.

I then applied for a temporary position which was described as a “Data entry position (nights)”, which landed me a job working for Opia. As the position suggested, I was working night shifts (10pm-6am) Monday to Friday/Saturdays. Here I was processing cash back claims for some well known high street retailers and well known brands. This would have been a very boring and soul destroying job if it wasn’t for the other people working there.

After my job ended there, it wasn’t long before I was offered my current position at Bede Gaming, as a Systems Administrator. Bede are a company who provide software for the gambling industry, as well as providing a platform to the systems to run on, mainly with services in Microsoft’s Windows Azure cloud platform.

I’ve taken part in some big projects at the company, including help to migrate a large amount of players from one platform to another, and rebuilding key parts of the infrastructure.
I have written a few posts on here about things I’ve learnt, discovered, and things I just haven’t been able to find in detail anywhere else in the time I’ve been working there. 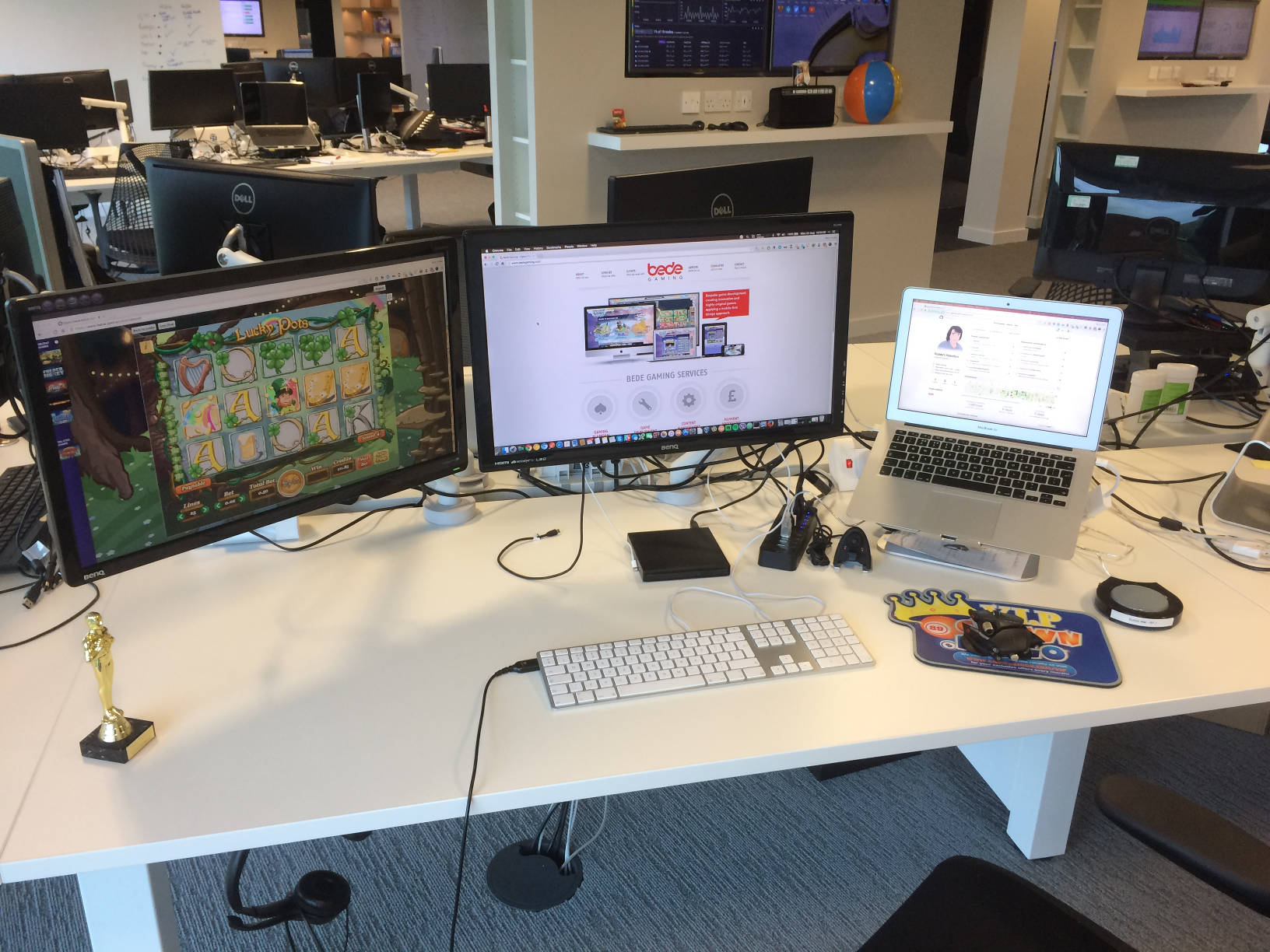