Wait for the beep! 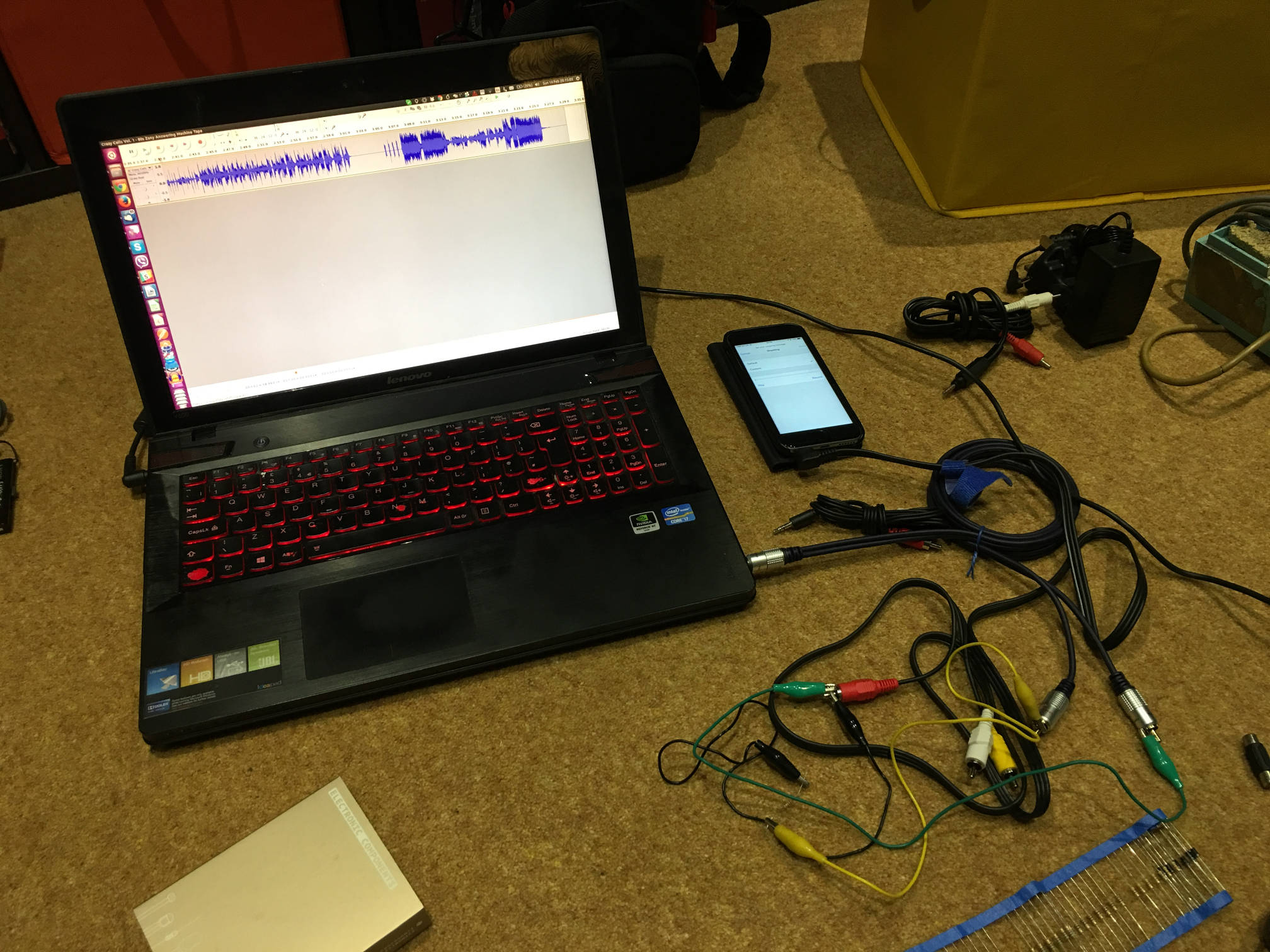 Quite a few years ago, 2008, a few of my mates and myself were avid Family Guy fans. Often watching new episodes as soon as they were out. One of the cutaway gags on an episode entitled “Long John Peter” caught my attention.

By the end of that day, I had extracted that portion of the episode out and fed it through to my voicemail greeting using a cable hooked up to my trusty Nokia N95 8GB, and for a couple of years it entertained anyone who called me and happened to end up at my voicemail.

The rap greeting itself is actually a parody of a set of answer phone greetings released on compact cassette in the United States in the 1980s under the name “Crazy Calls”. (for the low low price of $14.95)

In late 2010, I switched my phone service from Pay and Go to contract, and because of this, my voicemail greeting was lost. Which brings me on to today’s adventure.

I happened to stumble upon a rip of the original Crazy Calls cassette online, after cleaning it up a bit I decided it would be fun to put the original version of “The Rap” on as my voicemail greeting. Of course, I’ve changed my phone a few times since I put the Family Guy version on my voicemail, at the time of writing I’m using an iPhone 6S. I believed that the same method could be used to get a line level recording from my laptop onto the phone. Unfortunately, this wasn’t the case, and I didn’t want to use the method the original tape suggested which involved putting your answering machine near your Hi-Fi’s speaker – for one, the audio wouldn’t have sounded as good, and two, mobile phones tend to interfere with audio equipment.

But before I go onto the issue I had, I should first explain how the iPhone, and the Nokia N95’s, input works.

The 3.5mm jack on most phones support a microphone input, this is usually used on headsets, and you can tell these apart from regular headphones by the extra ring on the jack (known as a TRRS, or Tip – Ring – Ring – Sleeve, connection). It just so happens that the old camcorder cables are wired in a very similar manner, with the ground connection on the second ring from the tip. On the N95, it was a simple case of pushing the desired sound over the right audio connection (the Red RCA phono connection), which lined up with the phone’s microphone connection, remembering to turn down the volume so we’re not exposing the microphone’s preamp to full line level audio.

Sadly, trying this trick on the iPhone didn’t work, with the White and Yellow RCA phonos acting like audio outputs as they should, but the phone refusing to switch off the internal microphone in favour of the microphone connection on the 3.5mm jack.

After playing around with levels for a while, even trying on my work iPhone to rule out a bad 3.5mm connector, I eventually started doing some googleing, and came across a video on youtube by user JimsEquipmentShed. At the end of this video, he mentions that to get the iPhone to turn off the internal microphone, an 800Ω resistor needs to be placed in series with the input you’re trying to feed. I had a look around, but the closest I could find was a 1KΩ resistor, which I felt was close enough for this experiment. This lead to one of the weirdest looking setups I’ve made in a while. 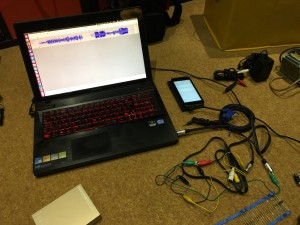 My setup with my laptop, cables, crocodile clips, resistor, and phone.

Here I have connected a simple 3.5mm to stereo RCA phono jack cable to my laptop, connected the signal of one of the outputs (the original audio is mono, so whichever output we choose here doesn’t matter) via a crocodile clip up to the 1KΩ resistor, another crocodile clip goes from the resistor to the signal of the Red RCA phone connector on the camcorder cable. The tricky bit was connecting the ground, here I connected another crocodile clip to the sleeve of the other output of the stereo RCA cable (they share the same ground, this just made it easier to connect) and the other end to the sleeve of the Red RCA connector on the camcorder cable (on reflection, any of the connectors on that cable would do the job), the benefit of the clips I used was the insulation on the clips to stop the signal shorting with ground.

Here’s a closer look at that resistor: 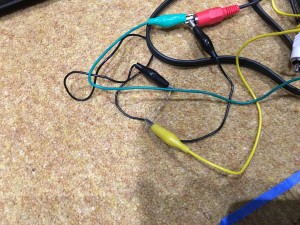 A close up of the 1KΩ resistor.

O2, my phone network, helpfully allow iPhone users access to visual voicemail, which allowed me to cue up the desired “Crazy Call” – The Rap – and press record on my phone when it was about to start. After recording, I tried calling myself from my own phone, which has the desired effect of going straight to voicemail:

Now, if only there was a way to get rid of the O2 standard voicemail robot at the end, that would give this the full retro 80s feel.