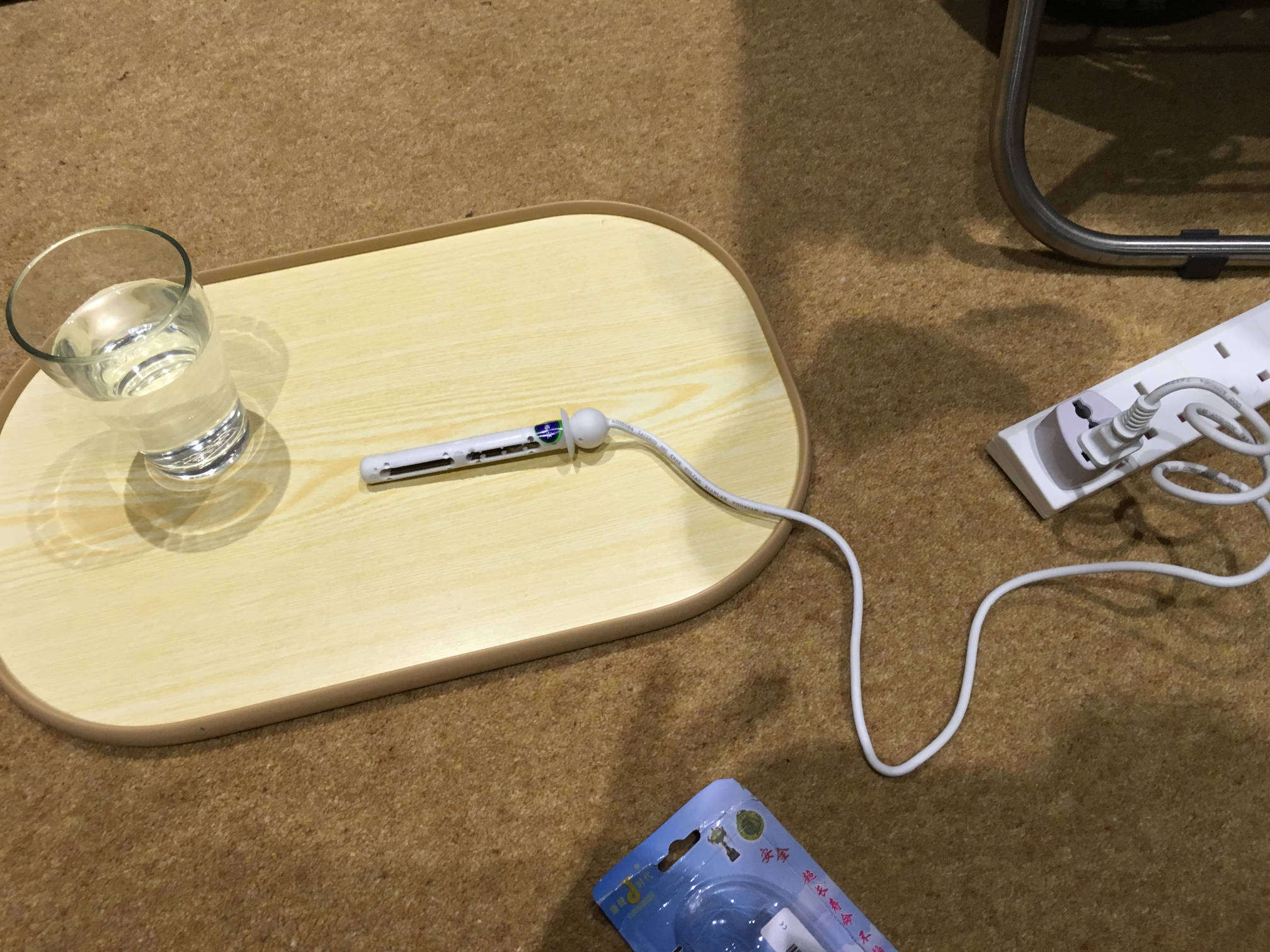 Last month, I was browsing YouTube and noticed one of the channels I’m subscribed to (bigclivedotcom) had posted a new video.

The video was titled Dangerous 240V Coffee-Cutor (coffee cup electrode boiler.) and my initial thought was “I gotta get me one of those”. Just like Clive, I’m not going to post a link to eBay to a listing for one but searching on the worlds most loved online car boot sale for the keywords “Immersion, Travel, Element, Water, Portable, Heater, and Safe” will probably point you in the right direction to stumble across very similar devices. I paid the princely sum of £1.88 (including postage) direct from China (because where else are you going to get something this dangerous that runs on 240V?) and as little as 21 days later, a package arrived for me at the office. 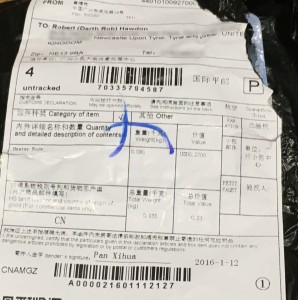 Interestingly, they state the value of these “Heater Rods” as being $0.23 (USD) which means I totally overpaid. But what the heck, lets see what you get for your £1.88. 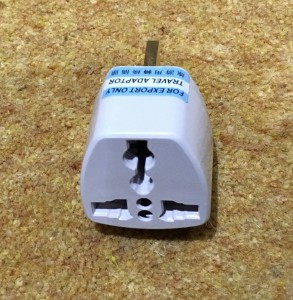 I live in the UK, so upon ordering, as soon as the Chinese supplier saw the destination, they slipped in the appropriate standard issue adaptor (nicknamed the death-daptor due to its poor construction, lack of fuse, and the ability to stick any pin you like into the holes, potentially making a whole device live). 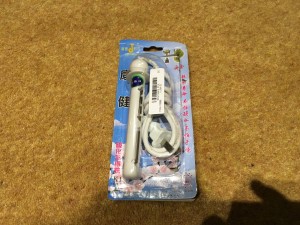 The probe in the box, which I had already opened.

Secondly, we have the unit itself, I already cracked this open at work and totally didn’t use it there at all…  😈

Anywho, as you can see, there’s not much we can decipher on the front of the box, so lets turn it over and read the back. 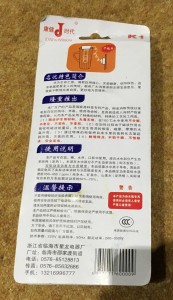 The back of the box was equally unhelpful.

The back of the box was equally unhelpful for the users in the western market. Oh well, guess we’d better open it up. But first, for those too lazy to watch the video, what exactly is this thing? Well, what it is is a device used to heat water, or drinks, when a kettle isn’t available (or maybe when you feel like doing something stupid). I’d draw a circuit diagram for this, but it is ridiculously simple, as I will demonstrate. 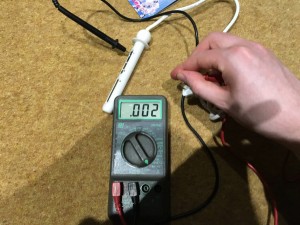 Using a meter to measure the continuity between the device and the pins.

Essentially what we have is a plastic tube with two metal plates inside, one of these plates is connected directly to live, and the other is connected to neutral. Mains voltage electricity travels between the plates through the impurities in the water, which agitates it, and causes the water to heat up. 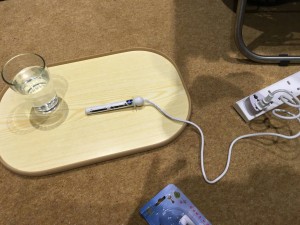 Everything set up to heat some water.

So, lets heat some water, here I’ve decided to use the death-daptor, because lets face it, we might as well do things properly. 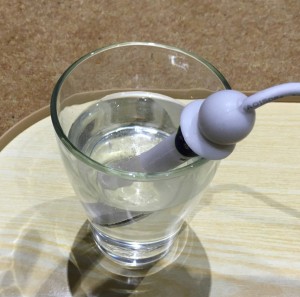 As soon as power is applied, the water already starts to fizz and heats up quickly, with steam rising within seconds. After about a minute, the glass is hot to the touch, and within 2-3 minutes, the water is bubbling quite violently. It’s actually quite hypnotic when slowed down.

So, as far as dangerous items go, this one is right near the top, but interesting none the less. In the interests of safety, keep it out of reach of children, because the plates inside can be easily touched, and when it’s submerged in water, the water itself is live. I can also imagine the more impurities in the liquid (i.e. juice, coffee, sugar, sweetener, tea, etc.) would probably cause the device to use a lot more energy, and I’m not sure exactly how much current the mains wire can handle. It does feel quite flimsy. Though it didn’t seem to get hot in my test, so that’s a good sign. Also, remember this device is not fused, and not earthed. (the latter, by design, or else submerging it into water would trip your electric system)

In conclusion, if you do get one of these, be careful with it.