Robert Investigates: Yet another example of dangerous electronics. 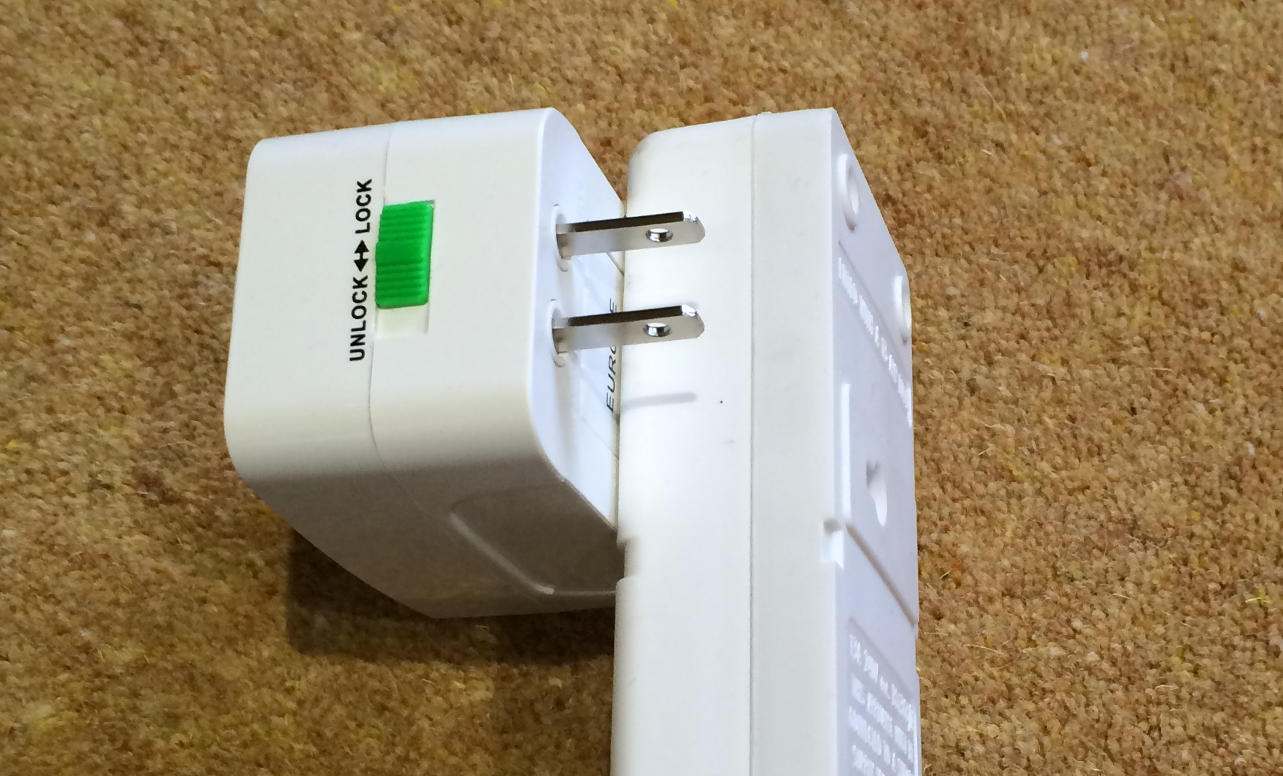 Oh dear, it’s that time again where Robert spends far too much time obsessing over something that should have been thrown straight in the bin. 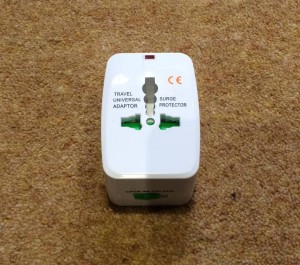 This universal travel adaptor was kindly donated by a colleague who received this with a laptop which had clearly been exported from the US. I’m not going to go into what’s wrong with that though, let’s just focus on the unit itself. The unit claims to have a surge protector built in, with an LED that lights up when plugged in. On the back we have the model number 931L, and a power rating of 250V at 10A. Finally, on the front, there’s a very questionable CE marking. 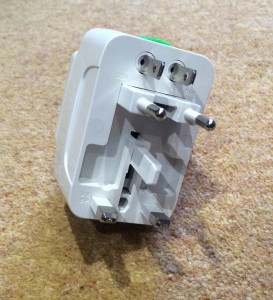 All the pins exposed on this adapter.

Here we can see which countries this adapter is designed to be used in. At the bottom, the BS1363 style UK plug, above, the European plug, and at the top, the US and Australian plug (which can be swapped by turning the pins).

Demonstrating the fatal flaw with this unit. Left: When the pins are inside the unit, they’re safe. Right: When two or more sets of pins are exposed, the others are also live.

Now time to demonstrate a fatal flaw in this unit. When the pins are folded, or pushed, away inside the unit, a bridged connection between them shows there to be infinite resistance (basically, it’s not live and safe to touch). Yet, when two or more sets of pins are exposed, both are connected to each other, and could potentially become live when plugged in. 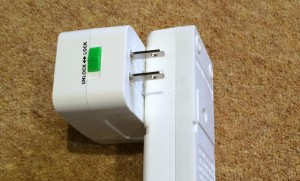 The adaptor is potentially lethal.

To demonstrate this further, here you can see the unit fitted into a UK extension lead with the US/Australian pins exposed. A multimeter connected to the plug of the extension to the exposed pins showed the ability for current to flow between. 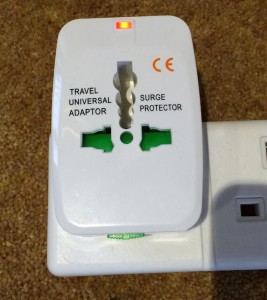 The unit powered on. Here we can also see the lack of earthing.

Here I’ve powered the unit on to show the LED indicator which gives the impression the surge protector is working. Though the manual (yes, this came with a manual, written in pretty good English too) doesn’t actually mention this, just “If the indication light shows red, it indicates that the universal adaptor is working”. We can also see there are no connections down the earth hole. That, along with the plastic pin on the opposite side, that this should not be used with devices requiring an earth connection… like, lets say, a laptop power adaptor. *Facepalm*

But, of course, it wouldn’t be me if I didn’t do a teardown of this. Though, there’s a little issue. As the manufacturers have blocked the screw holes with plastic stoppers, and they’re a tight fit. Time to MacGyver my way through this one. 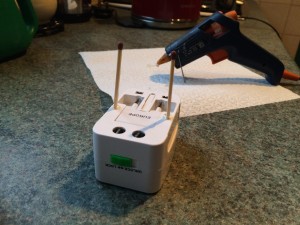 A bit of creative hacking was used to access the screws.

In the end, I decided to use hot glue and matchsticks to pull the stoppers out. This worked incredibility well. 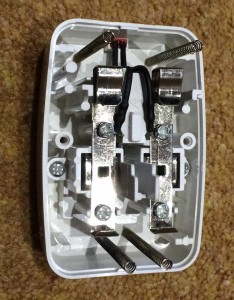 The LED is just a power indicator, and nothing more.

And here, ladies and gentlemen, is our “surge protector”. Yeah, yeah, there’s no protection here, it’s nothing more than an LED and some resistors in some heatshrink tubing wired directly to the live and neutral metal strips inside. And finally, to add insult to injury, there’s not even a fuse in this device, which is required under UK law making it illegal to sell here.

I decided not to measure the size of the pins and the distances between them as we already know that this unit is pretty dangerous already. 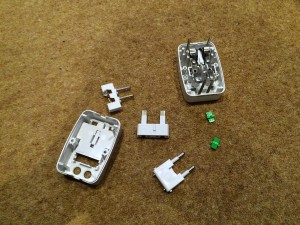 All the parts in the adapter.

And here’s all the bits that made up the adapter. I can tell you, it wasn’t easy putting this back together. Those springs put everything under a lot of pressure, and when attempting to rebuild, many times the whole lot sprung apart.

If you do happen to find one of these, it’s probably best you throw it away. It offers no production if something goes wrong, and may actually kill you if the other pins are accidentally exposed during operation. Thankfully, the manual did state that the unit will not convert voltages, and to keep it away from children. Also, not to use it with wet hands, but that’s just common sense really… isn’t it?