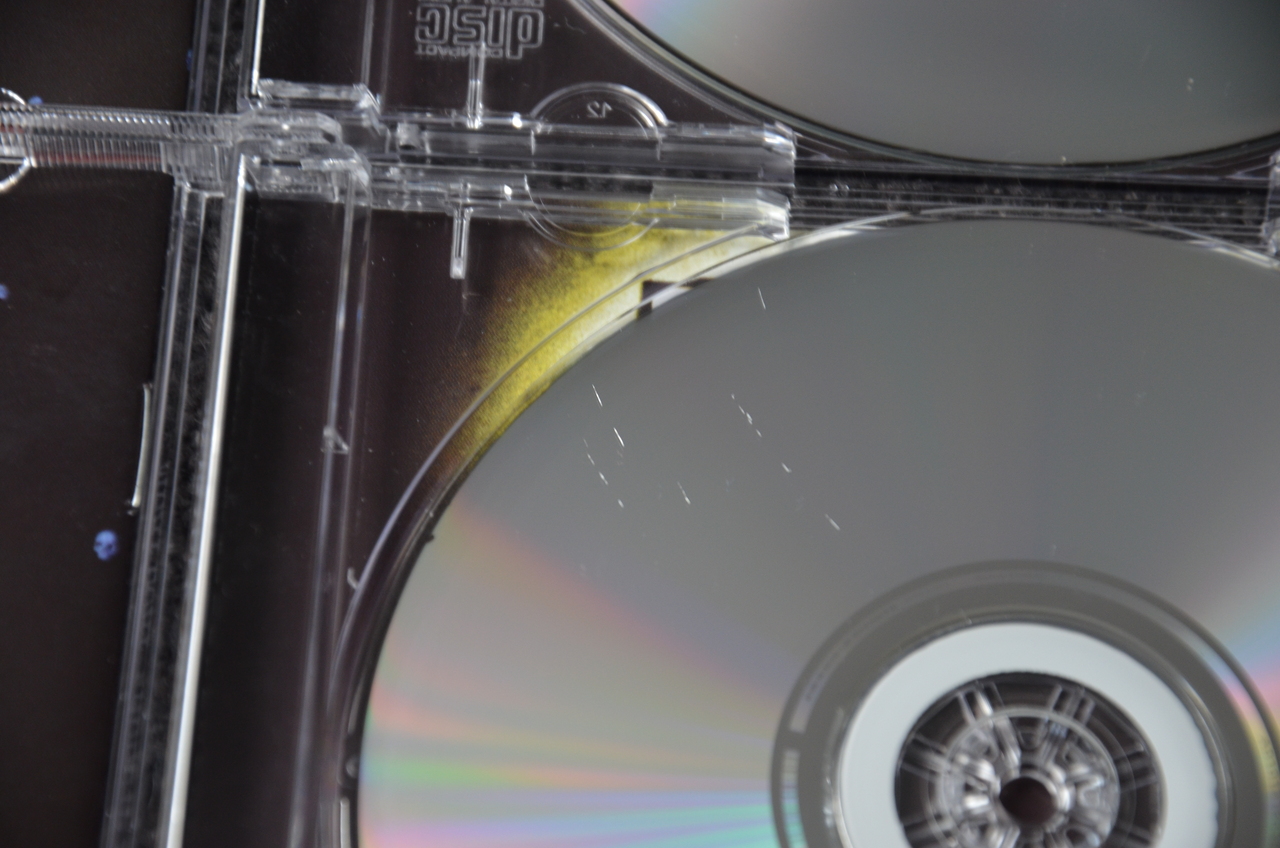 A few weeks ago, I decided to treat myself to the new Meat Loaf album, Hell in a Handbasket. I ordered it on Amazon from the market place (the seller, who was very helpful, shall remain anonymous), but I have not been able to listen to it yet.

As people who regularly visit my blog will know, I’m an audiophile, which means I prefer quality over convenience such as internet downloads. As a side note, I’d use download services more if they offered a lossless option – just sayin’.

Anywho, within a couple of days, I received my copy in the post. It was still cellophane wrapped, so I ripped that off, opened the case, and noticed something strange on the bottom of the disc. 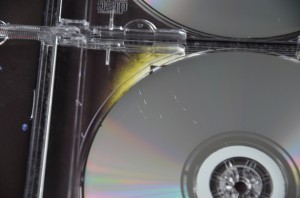 Scratch like markings on the reflective layer of the disc

There were a few white marks on the bottom of the disc, upon closer inspection, what I could see was the back side of the label showing through the reflective layer on the CD.

I emailed the seller, who was apologetic, and told me he’d send me out another copy, and if it was ok just to send back the first. To cut a long story short, I’m now in possession of two copies of Hell in a Handbasket with scratches beneath the label!

I can’t fault the service of the seller though, as soon as I notified him the second disc was also defective, I got the following email within a couple of hours:

ok robert , I will have to look into this.I just sent a refund to you , could you please send the cd’s the cheapest possible way to the below address? please let me know how much I owe you for the return postage.

So all seems good there. But out of interest, I decided to run it through EAC, where I got some interesting results (in PDF format):

What’s interesting here is that the disc rips without error (which is possible as the reflective layer on pressed discs don’t store the data, but rather the plastic itself), but none of the tracks can be verified as accurate. This seems really strange as I’d have thought a fairly popular album pressed by Sony Music would be using the same master.

When looking close at the centre of the disc, the following identification marks can be seen: 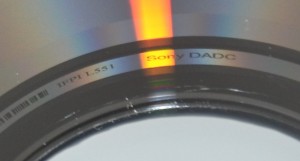 A quick googleing shows this to SID-IFPI number (IFPI L551) to mean the data on the disc was authored at Sony DADC’s Austrian plant. But there’s no mould IFPI number present on the disc to identify where the disc was pressed, which is a little odd.

This could be evidence of counterfeiting as the factory where the physical disc was created can’t be verified. Presuming the SID in the matrix isn’t faked, I can only assume that the pressing plate (or, as the disc can’t be verified, a rejected plate) was stolen from the Austrian factory, and pressed by organised criminals. It’s important to note that this is just speculation, it is also possible that it’s just a bad batch.

I would like to hear what the general public think though, maybe someone out there can either confirm my suspicions, or knows how such an obvious defect can be unnoticed during the quality control phase of production.

Counterfeiting can be done to a ridiculously high standard, but I’m still unsure if the copies of Hell in a Handbasket I’ve received are actually counterfeits, or just really badly made. The liner notes look perfect by the way, but as shown in a previous post, this generally doesn’t mean anything.

Any comments anyone? Before I end this post, here are a few more pictures of both discs: 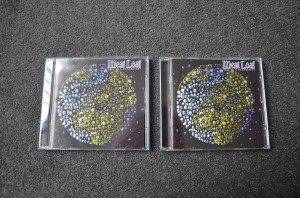 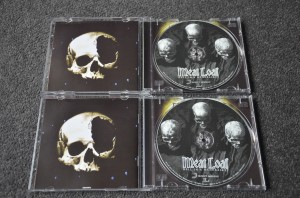 The labels of both discs 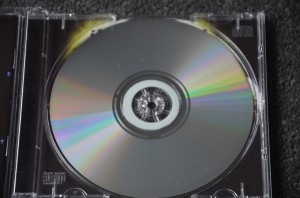 Scratches on the second disc

Just before sending the discs back, I went to my local HMV store, and bought yet another copy of Hell in a Handbasket, and before actually handing over the cash, I got the guy behind the desk to open it so I could look at the disc. The bottom of the disc is absolutely flawless.

So, I brought the disc home, and compared it to one of the dodgy copies, and upon inspection, it’s really beginning to look like the ones I got online were counterfeit. 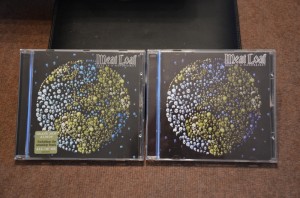 The CD on the left is genuine, the one on the right is a suspected counterfeit

Here we see two copies of the album, one the left was bought from HMV (note the sticker promoting the track “All Of Me”). The one on the right is the suspected counterfeit. Closely looking at the artwork on both discs, the one from the HMV store is slightly sharper than the one purchased online. 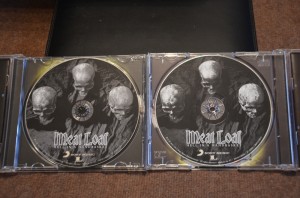 Upon looking at the labels, the store bought copy looks much clearer and with more detail. The Sony Music and Legacy logos are cut out properly, and there are no stray white edges. 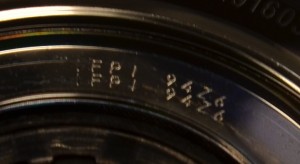 The mould IFPI number is present

The store copy has an IFPI number in the plastic (the mould IFPI number – IFPI 94Z6) which ties up with the Austrian Sony DADC plant.

The new disc’s mastering IFPI is the same ID as the suspected counterfeit. 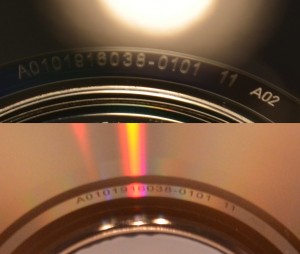 The matrix numbers, top is the genuine copy, bottom is the suspected fake

The matrix numbers on the discs are almost identical (A0101918038-0101 11), but at the end of the genuine copy “A02” has been appended, whilst on the suspected counterfeit, “A03” has been appended (Not shown clearly in the picture). This supports the stolen master plate theory.

Finally, I ran this new copy through EAC, and got the following:

This time, the disc was verified as accurate with other copies.

Now I am almost certain the two copies from that online store are counterfeits, which are not necessarily the store owner’s fault, as they have been very helpful. It’s more likely the supplier’s fault.