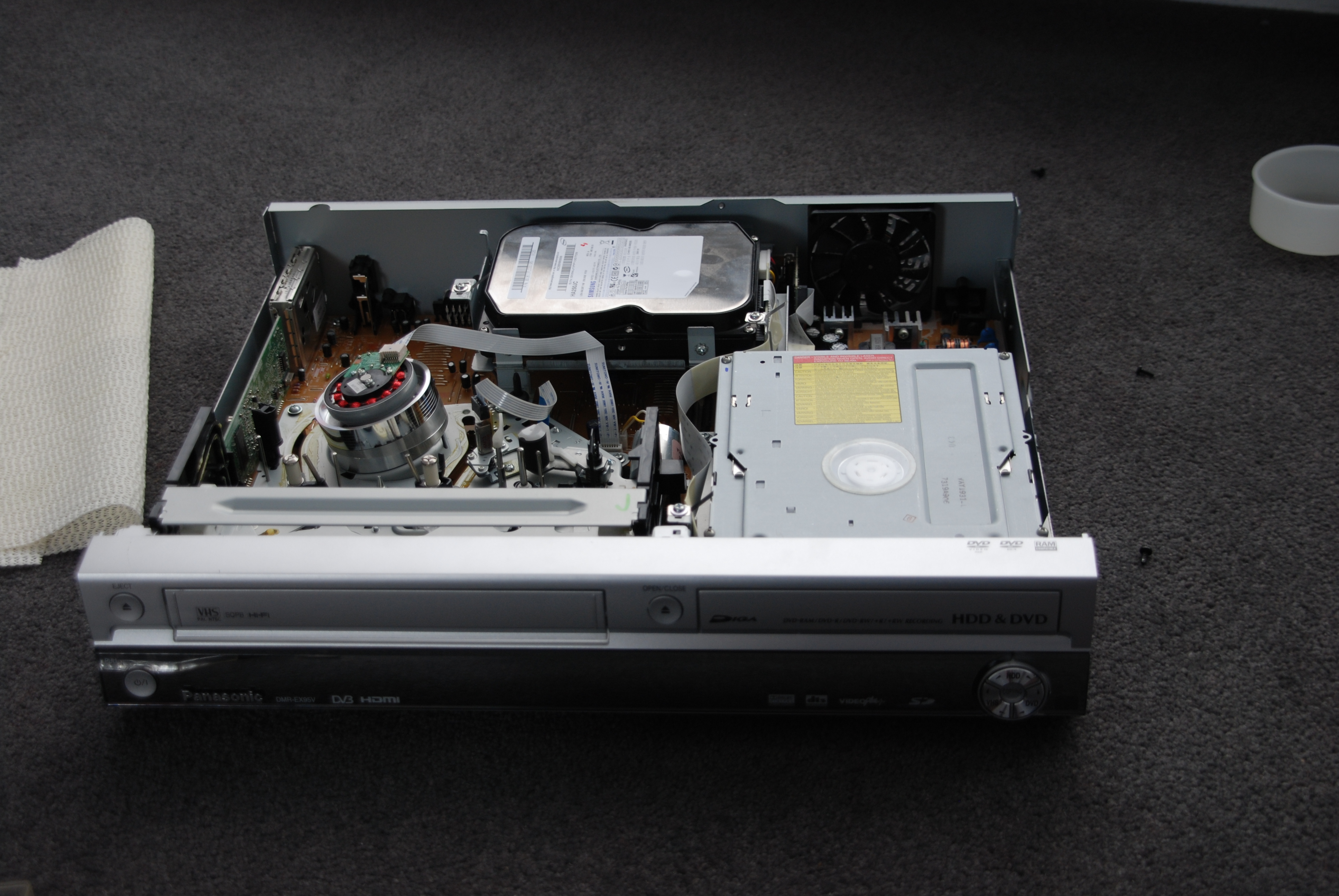 WARNING: This post talks about repairing electronics that run off mains electricity by taking them apart, please check warranties and overall, make sure you know the dangers involved before attempting to try this yourself! If in doubt, get a professional!

There’s no doubt about it, electronic devices aren’t built to the same standard they were 20 years ago! This is mainly due to mass production overseas.

Take the capacitor plague for example, Chinese manufacturers got a hold of a new electrolyte formula that was supposed to significantly lower the cost of making capacitors, sadly, what they didn’t know was that, the electrolyte formula wasn’t finished, and was highly unstable. As these new capacitors were being used, hydrogen gas was forming inside them, building up pressure, until the case couldn’t handle it any more, and the capacitor vented! Thankfully, capacitors have an emergency weak spot on the top of them, so if something like this happens, they can fail in a controlled manner, rather than exploding shards of metal everywhere! Because of all these failing capacitors, many home electronics were thrown out just after a few years of normal use!

I have a Panasonic DMR-EX95V DVD/VHS/HDD recorder. It is a device that allows you to record TV (Both Analogue and Digital terrestrial) to DVD, VHS or its internal Hard Disk Drive. It is also able to transfer from one media to another, so it’s great for backing up VHS to DVD without the use of a computer! This device cost about £400 when new, and similar devices still carry that price tag.

It had been running quite happily for about 3 years, until the other day, when I recorded a TV programme, and the signal was breaking up. A few days later, there was no signal at all! I was able to pick up Analogue stations fine, but Digital TV was totally dead! I reset the device back to factory settings, and retuned… still nothing!

Googleing the problem didn’t seem to come up with any results as to why this could be happening! The device had just come out of warranty (because life’s just that cruel! 😉 ) and sending it away to get repaired would probably have cost about £150, so I decided to disassemble the device and see if there was anything obvious that might have malfunctioned (I take the “well, if it didn’t work, what harm will it do?” approach!). 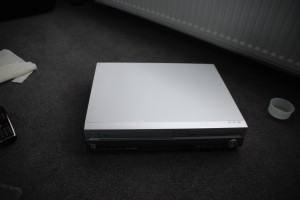 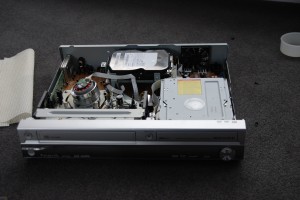 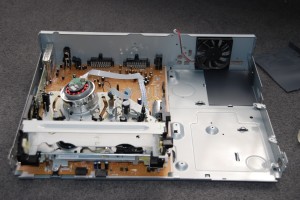 From that last picture above, you can see that the PCB (Printed Circuit Board) on the right has been removed, this is where the problem was: 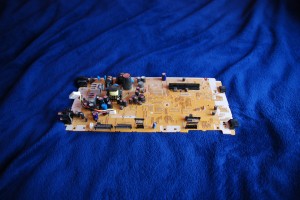 The PCB which contained the problem!

If we look closely, there is a capacitor labelled “C1808” which has vented: 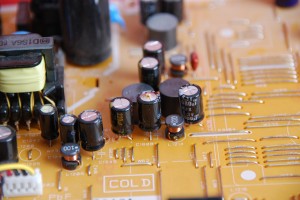 The capacitor itself was rated 6.3V 680µF, when I searched this up, I came across problems other people were having with similar Panasonic DVRs (mainly the DMR-EX75)

3 working days later, and they arrive. 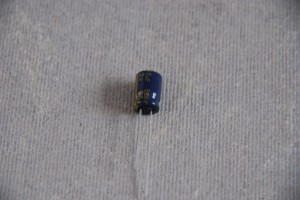 Flipping the circuit board over, I see that Panasonic had helpfully labelled all the components underneath too, so it was a simple case of looking for “C1808”, removing the solder, and the bad capacitor it was holding 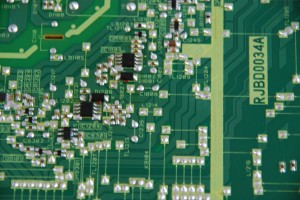 Panasonic, helpfully, labelled the bottom of the PCB too 🙂

And it was just a simple case of soldering the new capacitor in making sure the polarity was correct! 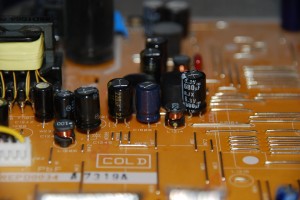 The new capacitor in place

The hardest part was getting the machine assembled again, as there were so many wires to reattach, and many screws too! But after about an hour, the machine was all in one piece again, and it was time to test it out! The first good sign was plugging it into the 230V mains supply and not getting electocuted! Second good sign was that it didn’t go “BANG!” 😉

After a minute of it going through its power up cycle, I finally was able to access the setup page to rescan for digital TV channels 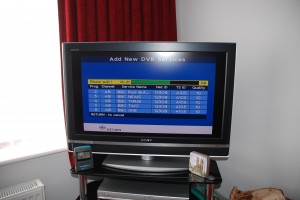 Success!! Freeview (DVB-T in the UK) channels were being detected again!

To be honest, I’d expect a product that gets used possibly once or twice a week to last longer than 3 years! (I have a 23 year old Furguson Videostar VHS player that still works perfectly fine to this day!)

I am interested to know how many people would have thrown out the whole device and forked out £400 on a new one, when a component costing only 20p had failed?!

I hope someone, who has a bit of confidence with electronics and isn’t afraid to disassemble things, stumbles upon this post before throwing out a device, might just save them a few hundred quid!