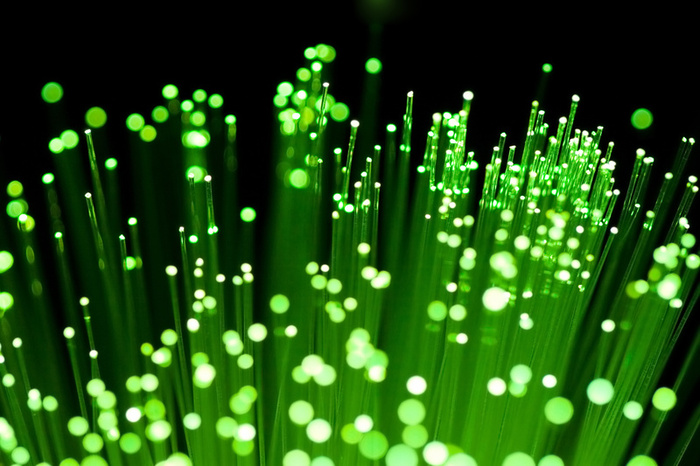 So, a few articles I have read recently are talking about what the future holds in store for the World Wide Web. The things that will be possible when HTML5 becomes standard, do sound interesting…

This is where the problem lies though, all these new features will require a very good internet connection. Now, there will be some people who think “yeah, so what? Surely my 20 megabit connection could handle it…” and you’d be right! But not all of us are lucky enough to have this speed! 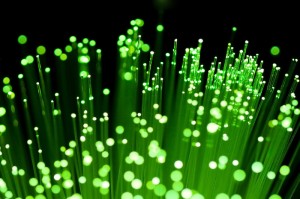 Fibre Optics, the technology that will, eventually, replace the old copper wiring

A few years ago, here in the UK, under the New Labour government, Prime minister Gordon Brown promised that by 2012, EVERYONE in the UK will have access to a broadband speed of 2 megabit!

Currently, on a 2 megabit connection, you can’t even watch a YouTube video at 1080p, which is the highest quality you can get on the site. This already shows that Browns promise is already outdated even before it happens!

But what makes this worse is that it’s now 2011, and, in typical New Labour fashion, not much has been done, and I haven’t heard the current government scrapping this idea. Currently, my Internet connection is only just over a (1) megabit. This happens to be the same connection OP-EZY runs on, and you probably saw how long it took just to load this page, no matter what your speed is!

I was in town a few months ago, where I was approached by a woman selling a “faster fiberoptic broadband service” (not mentioning any names) and I said “you probably can’t help me!”. Now, she wouldn’t give up this easily, and asked me for my post code, where she typed this into her computer. “oh, I see you don’t have a fibre link in your area yet, I’ll see what cable offers we have… Oh, no cable in your area either. No worries, what kind of speeds can you get on your current ADSL link?” to which I answer “1.5 megabits tops!”. She smiled and said “ah, we can definitely help you there..” *more typing into her computer* “on (our service) we can offer you…. Oh, 1.5 megabits…. Have you thought about mobile broadband?” at this point, I could only reply with “no 3G signal in my area” I knew I’d won this argument when she replied with “Move house! Haha”

How does a connection speed of only 1.5 megabits affect me? To start with, TV catch up websites (such as BBC iPlayer, and ITV player) struggle on my connection, often having to stop and re-buffer, or just stop all together. There are often times videos on youtube won’t even load. Gaming online? Ha, forget it, XBOX Live won’t work if your connection is lower than 2 megabit! But when these services actually DO work at an acceptable speed, often somewhere down the line, there is a fault, and the router will report that it has dropped connection! In my opinion, the majority of the UKs broadband is a joke, as it can’t even handle the services already on offer, never mind the next generation of the web!

I’m not the worst off though, there are still some people who still have to dial up to get online because no other service is available, either because they’re too far away from their phone exchange, or their exchange hasn’t even been set up for ADSL yet!

A site has been set up to highlight the issue of “Broadband Not Spots” giving people a better understanding of the problem! 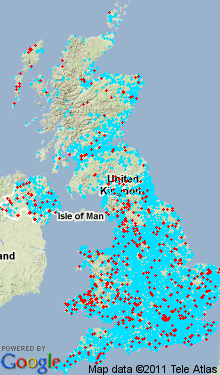 BT (British Telecom) are currently rolling out the new fire-optic telephone system and belive by the summer of 2012, 40% of homes in the UK will have access to “Superfast boradband” with up to 40 megabit connections. Sadly, even then, my connection is not included in this makeover. Meaning whilst some of the UK get to enjoy 40 megabit connections on shiny new Fibre cables, OP-EZY will still be struggling on 50 year old copper phone lines struggling to reach that 2 megabit mark Gordon Brown promised!

To add further pain, the current government want to charge extra for the faster broadband speeds, this won’t even affect me, as, even if I wanted it, the infrastructure is not in place!

Clearly, the UKs broadband needs sorting out, but how long will this take? I guess only time will tell.