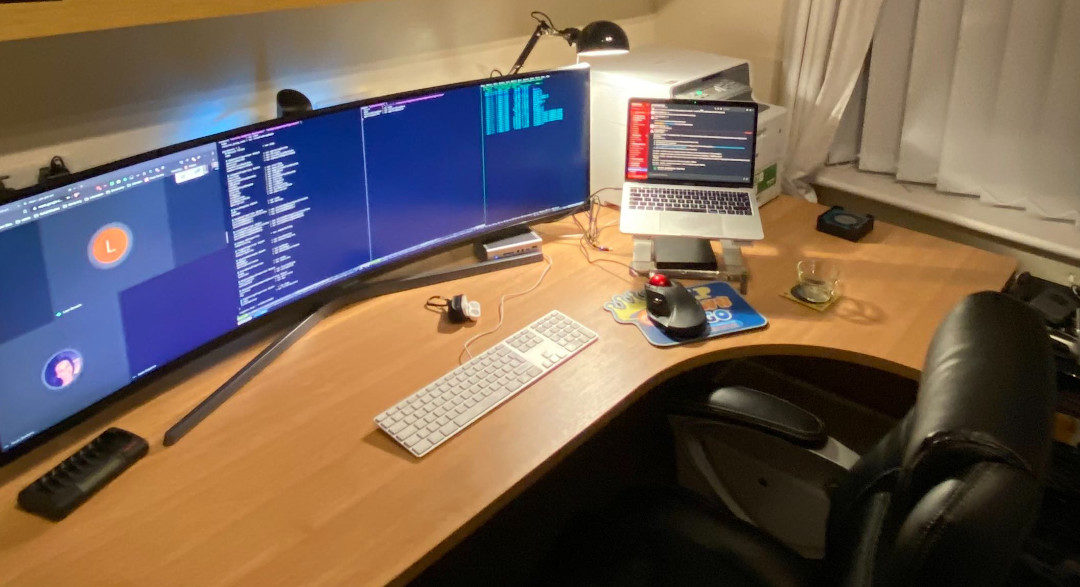 Well, it’s been a while since my last post. An unintentional hiatus due to quite a few changes, including moving the whole site to a new location, https://robert.hawdon.net/.

In February, I started working night-shift on a permanent basis, still for the same company, and I was initially going to go through my first few weeks of nightlife since my temporary job and how it differed, that is until the COVID-19 pandemic has forced workers in the UK to work from home if possible.

Now, as we’re a tech company, we’ve had the ability to work remotely for a long time. In fact, we employ some workers who live too far away from any of our offices and will work from home anyways. However, the challenge was for our team who’d just started working in new shift patterns to then get used to, not only working at odd times but now from a different location.

Personally, I was ready to be able to work from home, as I’d recently moved to my own house, I had made sure to get a room set aside for a personal office, and I’d just managed to get my new equipment set up before the lockdown kicked in.

As for other updates. I’m still actively working on my Terminal File Manager, DF-SHOW, having recently released version 0.9.0, which adds a lot of features depending on which OS you’re running.

The keen eye might have noticed I’ve moved this blog to a new domain, again. This time, to a shorter subdomain under the hawdon.net domain. This was partly done to be easier to remember, and less likely to result in typos, but also allows for more other sites to be built on the Hawdon name, such as for other family members. The old robertianhawdon.me.uk domain will remain active indefinitely though, mainly because I know I have a couple of very popular posts which have been reposted many times on various websites. To get around link rot issues, the old domain will forward all requests to the new one, and more importantly, to the right page, rather than just the home page.

But hawdon.net isn’t the only new domain, I’ve also been working on my own URL shortener service: haw.do/n. I’ve written this in Javascript powered by Nodejs. It’s still in early development, but I expect to be releasing the source code for this soon. The bare-bones are already in place though, for example, following this link will take you to my GitHub profile: https://haw.do/n/iJadYe

Apart from that, the majority of my time has been spent at work, or living my life offline. Hopefully I’ll be posting more regular posts soon.