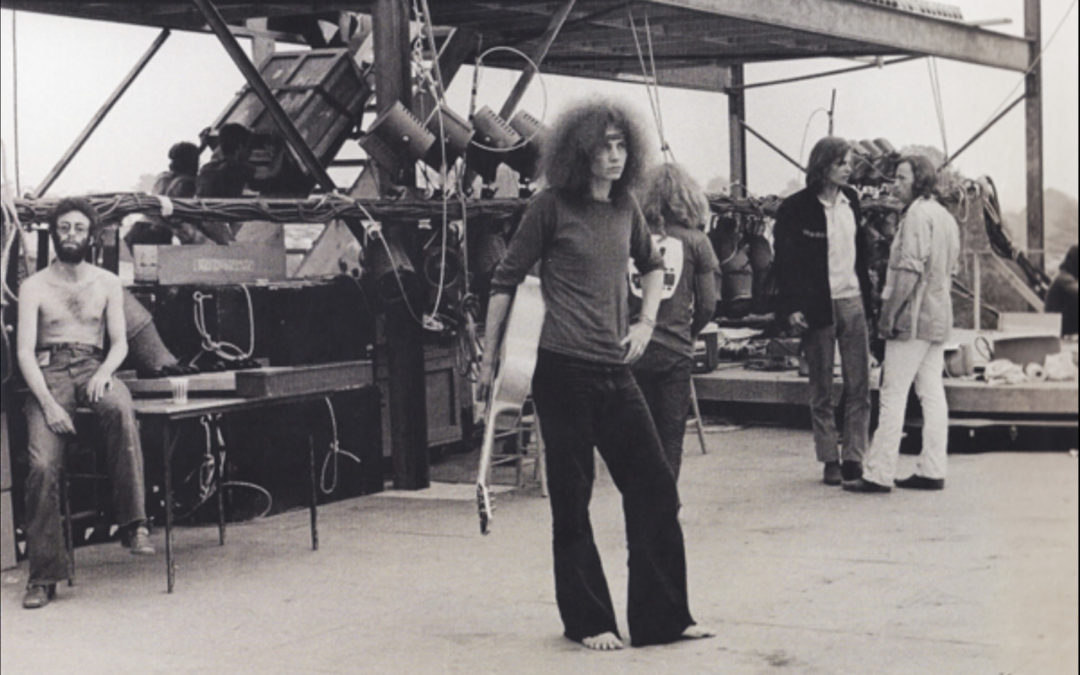 August 2019 is a special time for music. It marks 50 years since the legendary Woodstock Music and Art Fair. Whilst many of the performers there was already well known, the festival and its subsequent documentary feature film helped propel them to new fans. However, not everyone who performed at the historic festival made it big. Case in point: Bert Sommer

Disclaimer: The audio samples included in this post have been used under the fair use clause stated in Section 107 of the United States Digital Millennium Copyright Act (DMCA) 1998 and Sections 29, 30, and 178 of the United Kingdom Copyright, Designs and Patents Act (CDPA) 1988 for non-commercial review.

Bert was born on 7th February 1949 in Albany, New York, and raised in Long Island. A naturally talented musician who had taught himself guitar and keyboards in his infant years, he would hang around with Michael Brown of The Left Banke, singing lead vocals on their 1967 single “Ivy, Ivy” b/w “And Suddenly” (Smash S-2089), as well as Leslie West of The Vagrants, of which Bert would end up contributing to many of their songs.

In 1968, he replaced Steve Curry in the Broadway cast of Hair playing the character of “Woof”, with his distinctive hairstyle being used on the poster advertising the show. This caught the attention of Capitol Records and in the same Bert cut his debut album “The Road To Travel” (Capitol ST-189). The album featured the tracks “And When Over”, “A Note That “, and “Jenifer” – which was written about Jenifer Warnes, whom he had met whilst performing Hair.

The album vanished into obscurity early on, however he did meet his mentor during that time, Artie Kornfield. Kornfield was a co-sponsor of the upcoming Woodstock Music and Art Fair in the summer of 1969 and arranged for Bert to perform there.

Whilst Bert was originally set to be the festival’s opening act, he didn’t actually get on stage until after 2 other acts had performed – Richie Havens and Sweetwater. Bert admitted in an interview that he’d been too scared to open the festival leading to Havens step up and become the opening act.

It was estimated that Bert’s set started at 7:15PM and lasted around 40 minutes. In that time, he played 10 songs, the majority of them off his debut album. His guitarist, Ira Stone, recorded the whole set on a portable tape recorder.

It’s been widely regarded that Bert received the only standing ovation of the festival, whilst this is most likely a myth, it shows that the people who attended Woodstock clearly saw the potential of this young artist. Unfortunately, Bert was never featured on the Woodstock film, nor the 2 soundtracks that were released. This was widely believed to be because the rights for both the film and soundtrack were snapped up by Warner Brothers, and as Bert was on Capitol records, he didn’t make the cut.

After the festival, Bert signed with Artie Kornfield’s record label – Eleuthera Records (a subsidiary of Buddah Records) – and recorded his second album “Inside Bert Sommer” (Eleuthera ELS 3600). Off this album, there was a minor hit, “We’re All Playing in the Same Band” which peaked at #48 on the Billboard Hot 100. The song itself was one of the many songs written about the Woodstock festival.

In 1972, Bert’s music was to be featured in a movie. The film in question was called “Ultra Violet’s Hot Parts”, a seedy film in which a French painter called Vampy – who had studied under Salvador Dali and had moved to New York in the early 1960s, going by the stage name “Ultra Voilet” – narrated over pornographic videos, often referred to as satire. The showings of the film had reportedly been raided on each occasion forcing the film underground. It has since been considered lost. However, the soundtrack (Karma Sutra KSBS 2054) was released on Karma Sutra records, a division of Buddah, and featured 4 of Bert’s songs from his first two albums.

Around the same time, Bert was opening for acts like Ike & Tina Turner, Poco, The Birds, and Richie Havens. These were all around the New York area, however, Bert was still not gaining the recognition to become a headline act. Meanwhile, he had just released his 3rd album, “Bert Sommer” (Buddah BDS 5082) after being convinced by Neil Bogart to leave Artie Kornfield’s Eleuthera sub-label and sign with Buddah directly. The album contained a mixture of songs composed by Bert, as well as covers.

Unfortunately, this album also didn’t sell well. This was having a toll on Bert, who ended up in a rehab correctional facility for a couple of years. Whilst there, he would meet Rob Landis who later let Bert live with him after leaving the facility. He also met Gary Roberts (known by his stage name: Johnny Rabb) from a band called the Jailhouse Rockers, and with Rob Landis, they formed the trio “Sommer, Landis, & Roberts”. The group opened for a few acts, however, Bert wanted to try and get them a bigger deal.

This lead Bert to meet Artie Ripp, a music producer who was known for starting Billy Joel’s career. Artie just happened to be in contact with an old acquaintance at the time called Marty Krofft, a TV producer specialising in childrens’ television programming. After a bit of persuasion from Ripp, he let Bert try out for a part in the band, Kaptain Kool and the Kongs, who would become the hosts of “The Krofft Supershows” – a 90-minute television show aired on Saturday mornings – where he played “Flashbush”, a member of the band.

Bert moved out to California to film the programme. Whilst the show lasted two years, Bert only did the first, but during that time, he was still recording demos. The demos secured Bert another deal with Capitol Records and in 1977 his final album, “Bert Sommer” (Capitol ST-11684), was released. The album was produced by Ron Dante, who had produced many of Barry Manilow’s albums. Again, the album flopped with it not being pushed. Bert figuring this was because it was too “middle of the road” and he was trying to emulate Manilow’s success.

The deal with Capitol was supposed to yield a fifth album, though by this point, with the poor sales of the last album, Bert being over budget, and behind on schedule (the album was reportedly ¾ complete), Capitol decided to cut their losses and terminate the deal.

Below, is a clip of an unreleased track that was planned for the fifth album, called “Breakaway”.

In the early 1980s, after finding no success in Hollywood, Bert moved back to Albany, with Johnny Rabb to continue making music. Joined by Kevin & Carla McKrell they formed a new band “The Fabulous Newports”.

In the mid-80s, he started working with Eddie Angel (from the band Los Straitjackets) and together they hoped to get another record deal. Bert joked the deal could not be with Capitol or any label associated with them due to him still owing them a lot of money.

In 1986, an unreleased track, probably destined for the ill-fated fifth album, “You” was featured in the soundtrack of the film “The Patriot”, the track was reused in the 1990 Bette Midler film “Stella”.

Unfortunately, Bert passed away on July 23rd 1990 in Troy, New York, after a long battle with a respiratory illness. His music still remains relatively unknown, however, as part of the 50th Aniversary of the Woodstock festival, Rhino records are going to be releasing the surviving recordings including the full 10 piece Bert Sommer set.

Hopefully, this post will reach some upcoming Bert Sommer fans. I personally discovered his music after looking more into the Woodstock festival and discovered a large amount of fan collected recordings where a couple of Bert’s tracks were featured. His albums quite often turn up on eBay, and his final album is also available as a digital download and stream on the major streaming services.