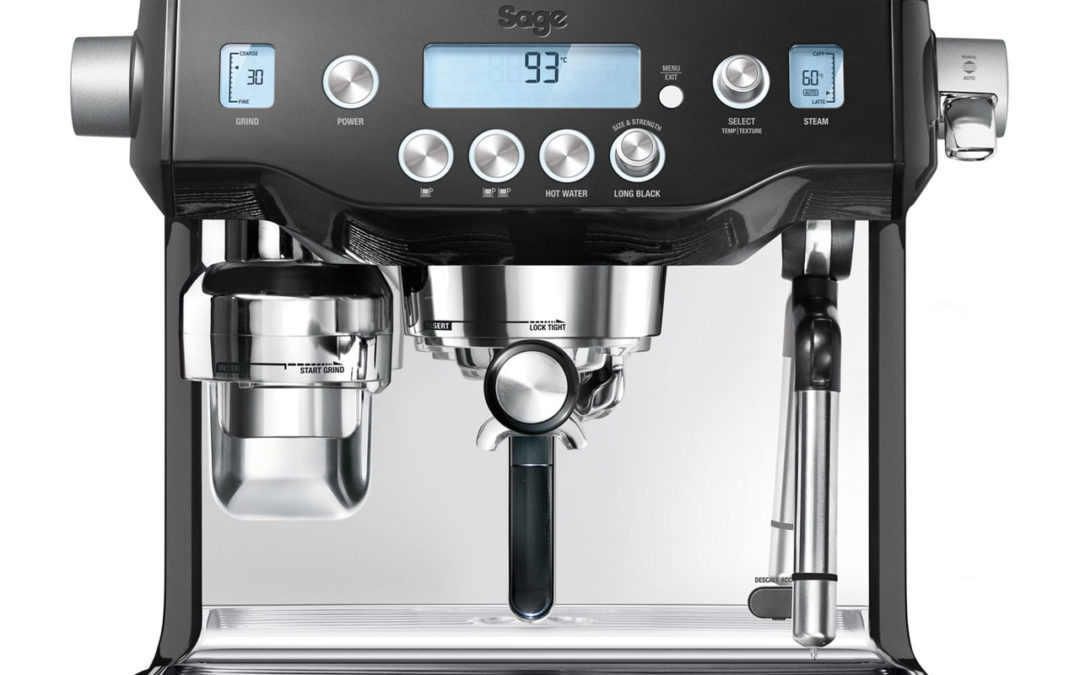 My place of work, Bede Gaming, is a software house. Because of this, we hire a lot of developers, and, as everyone knows, developers have the amazing ability to convert caffeine into code. So when our beloved coffee machine (The Sage (Breville) “The Oracle” BES980) displayed “Service ERR” on the display and refused to dispense that sweet black nectar, we knew this was an emergency situation.

I work in the Service Delivery department, so as soon as this was brought to my attention, I knew this was a Priority 1 incident… OK, I can’t keep in this character for the whole post, we have instant coffee as a backup, so no major incident was declared. 😆

However, this wasn’t the first time the machine has had issues, and after acquiring the service manuals for the unit a while ago, I was able to enter the machine’s diagnostics mode and narrow the issue down to the steam wand, used for frothing milk, had detected a short circuit. We had the machine repaired under warranty and everything was great until last week when the same error popped up, and the diagnostics menu showed the same component had failed.

This disappointed me a little as I’m an Americano drinker myself, and that Breville in their infinite wisdom decided that if there’s a problem with the steamer, the whole unit must shut down and refuse to function.

This time, the machine was well out of warranty, so after getting approval from both HR and the office manager, I was able to take the machine home.

Armed with the disassembly instructions for the steam wand, I got to work. Taking the machine apart wasn’t too difficult, that is, once I found a screwdriver long enough to reach the screws recessed at the front of the machine.

I have to admit, I was a little daunted, once I finally managed to pop the lid and was greeted by a lot of wires and tubes.

However, following the disassembly guide, I was able to get the steam wand out of the machine. It did help greatly that when the machine was previously repaired, the technician didn’t bother cutting and replacing the tie wraps. This saved having to juggle multiple wires.

After unplugging the wires going to the steam wand, I powered on the machine again and entered the diagnostic menu once again. This time, the counter for the error code for a short circuit in the wand stopped, but instead the counter for an open circuit start counting up. Yes, that’s right, if the steam wand isn’t present, the machine will also refuse to start. 🤦🏻‍♂️

So at this point, I needed to get into the wand itself, this time I was on my own as this was even going beyond the instructions in the service manuals as the Breville technician would be expected to replace the whole steam wand unit pre-assembled. I didn’t have the luxury as I was unable to source the part in the UK, and sites abroad were either out of stock, or charging high prices.

After a couple of hours of gentle persuasion, I got to the temperature probe of the wand, where it became obvious not only there the fault occurred, but also how it happened.

As showing in the picture, directly above the probe, the wiring had become twisted to the point the insulation had broken allowing the two wires inside to short out. Using a multi-meter, I monitored the short that suddenly went away when I untwisted the cable.

I believe this can be put down to bad design on Breville’s part, as it seems when you take the wand end off to clean as part of a cleaning cycle, you’re able to twist the probe due to the fact it isn’t keyed into the rest of the wand’s housing. Over time, this will eventually cause the failure outlined here.

Now the challenge was to fix this. Ideally, I’d want to replace the probe, and it does almost look like an off the shelf part, however, I couldn’t see any identifying marks, so I had to go to plan B, which was to split the cable at the probe end and slotting some electrical tape between them. This is far from an ideal solution, however it should hold for long enough to source the replacement part, or to replace the machine entirely.

And by the magic of writing, the machine is now back together, and going through its heating cycle. A quick look in the debug menu, and resetting all the error counters now shows none of the error events triggering. I let the machine finish starting up to ensure that there were no further issues.

After all that, I think a coffee is well overdue!

However, despite the flaw, I will give Breville credit for etching a rather familiar vintage looking advert for coffee inside the machine.

In conclusion, it looks like the machine’s temperature probe has a design flaw, possibly a case of planned obsolescence. However, if Breville made it easier to source replacement parts this would be a bit more forgivable. If anyone knows where I can get a replacement temperature probe at a reasonable price, please let me know.

Also, if anyone is looking for the service manuals, I have a mirror of them here.