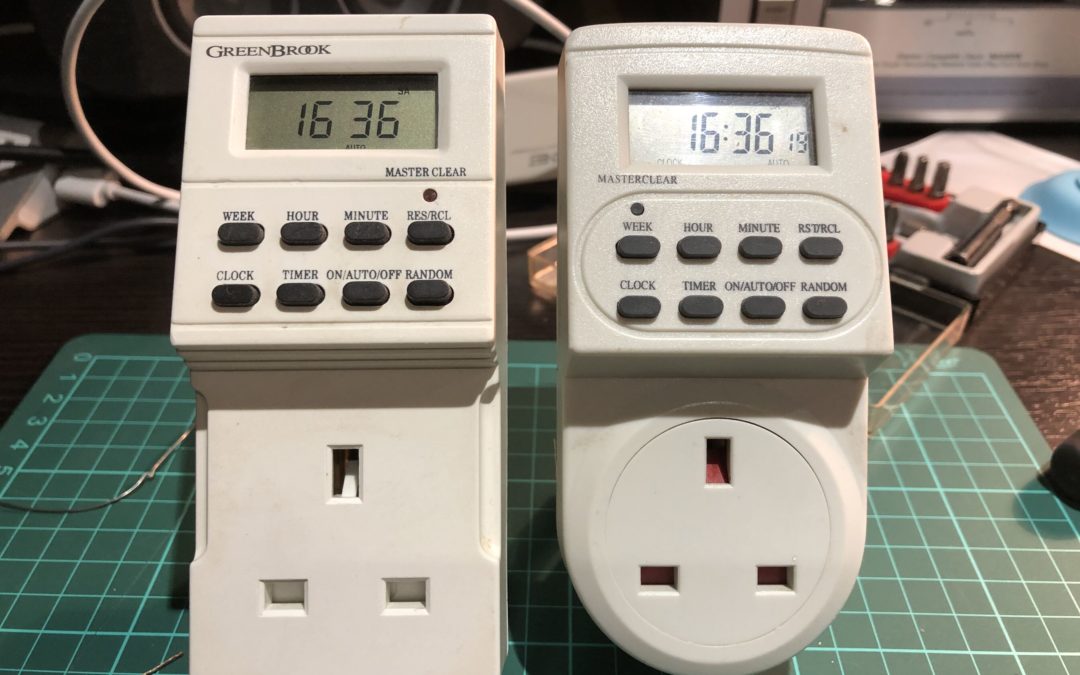 So it’s getting close to Christmas, so as usual it’s time to put the decorations up. All was going fine until it was time to put the tree lights on a timer. That’s when I discovered that both devices I have were not functioning when unplugged.

This caused two problems, one if I wanted to set the timer, it’d have to be plugged in – which under the tree is very inconvenient, and two, if the power was to go off, the timers would lose their settings.

Now, these timers actually didn’t cost me much, I can’t even remember where they were acquired from, however, there’s no harm in taking them apart and attempting a repair. Before opening, my diagnosis is that there’s an internal battery that needs replacing.

Disassembling these devices were trivial, simply take two screws out the back and the two halves of the cases clip apart. Inside it’s interesting to see two different bands of device that operate similarly built quite differently.

Once opened, the battery was easily identified, and as suspected the component was reading a very low voltage, and on closer inspection, the battery had started leaking. Locating the right type of battery wasn’t easy too, as there were no identifying marks. The second timer’s battery was a little more useful in that it gave some basic specifications: 1.2V, Ni-Mh. After a bit of searching, I found the compatible battery needed was a V40H. Finding one of these with solder tabs was a bit tricky, but finally managed to source a couple from an eBay seller based in Germany.

After a few days, they arrived, and it was time to put these in the units. Super simple stuff: Unscrew the board, desolder the old battery, pop in the new one, solder it in, and check the display for any signs of life.

As expected, the unit sprang back into life. So it was just a case of doing the same to the other unit. This is where I realised the GreenBrook branded timer, whilst similar to the Tesco one, actually has a much better build quality. Don’t get me wrong, both devices are safe and do the same job, but the Tesco one looks to have cut a couple of corners to bring down the price per unit. However, both devices are now in fully working order once again.

The only thing left to do is wire one into the Christmas tree lights.

So, that was just a quick repair post. As usual, it was more a case of trying to fix something as it’s always a bonus to repair something than admit defeat and replace a whole device.