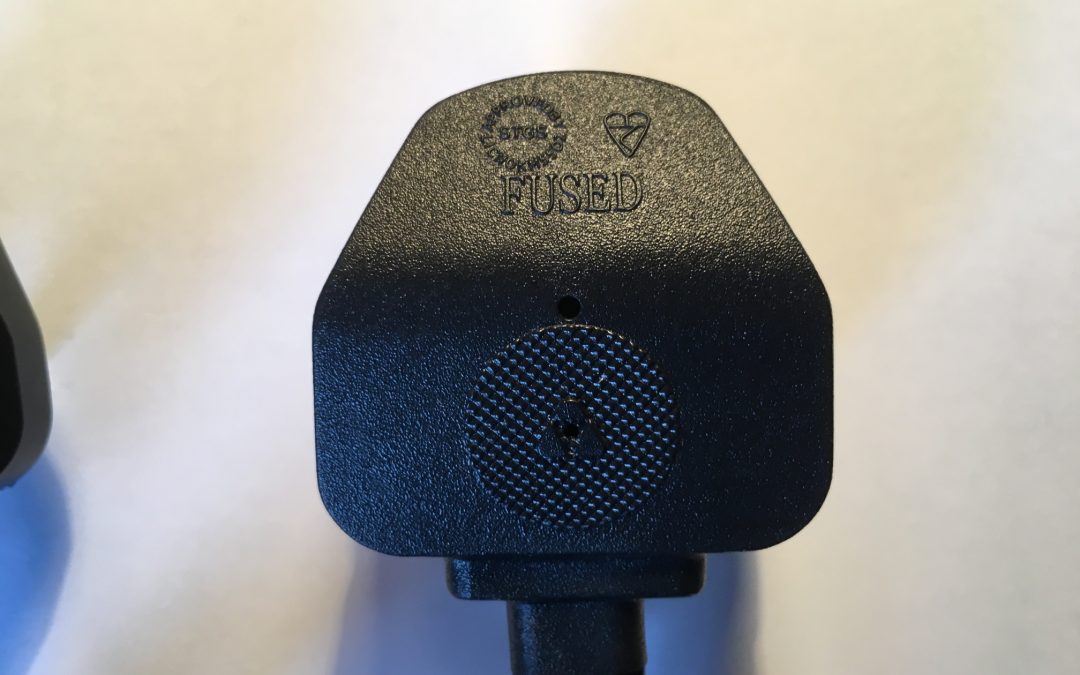 A couple of years ago, I wrote a post on here about a counterfeit “King Coro” BS1363 mains lead. Today I have a follow-up post featuring another counterfeit cable.

This one I found in use, so it was swapped out for a genuine lead, and this one was brought back to the workshop for investigation.

As an added bonus, I looked through my stockpile of mains leads and found the original this one was attempting to clone. 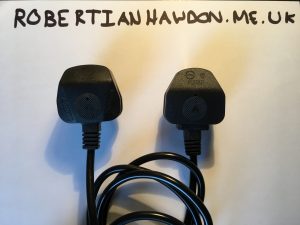 As you can see, the two BS1363 plugs look very similar. On the left we have a genuine Linetek LP-60L which can be identified by the Linetek logo on a textured circular background. Above it, we have a couple of safety marks, as well as two more safety marks on the sides of the plug. On the right, we have the Guida branded counterfeit, which has a similar (but not identical) logo on a textured circular background and a couple of marks above. 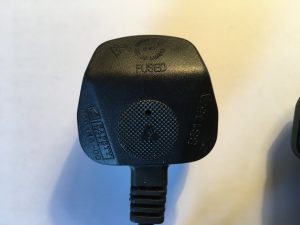 A closer look at the genuine Linetek cable.

If we search this up on the BSI website, we can verify that the Linetek plug is indeed approved by BSI: 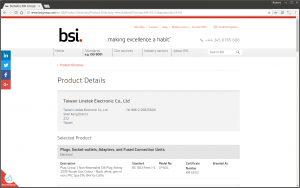 We also can see another Safety mark on the left of the plug. This is the Singapore safety mark, which makes sense as they use the same BS1363 socket standard over there. 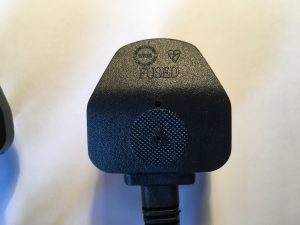 A closer look at the Guida fake plug.

So, let’s have a closer look at the counterfeit now. As mentioned before, we have the imitation Linetek logo (the Guida logo maybe?) in the centre. above on the right this time we have a Kitemark… But wait a minute, that’s not a Kitemark. It’s an imitation with the S in the middle drawn backwards, maybe to avoid a lawsuit from BSI for illegally using their trademark, or maybe as a silent nod to say “yes, this hasn’t actually been tested for electrical safety”. To the left we have the “STGS” approved licence number (The name STGS is fictitious too): Approved by STGS Lic No KM5502 (or possibly KM55D2).

Searching this licence number on the BSI website showing no results.

I decided to chuck both of these numbers into the BSI website anyways. Neither gave a result.

On the plus side, at least it claims to have a fuse.

The reverse side of both plugs showing the manufacturers names and fuse holders.

So, on the bottom of these plugs we can see the Linetek on the left, claiming (in the top right corner) to be rated to 5 amps and, in the fuse holder, we can see a 5 amp fuse has been fitted. The Guida lead claims to be rated for 3 amps, but as you can see, the fuse cover is opaque, so the only way to verify what’s been fitted is to pop the cover. It is also worth noting that all 3 pins are wired correctly, are the right length, and the earth pin is not partially sleeved in compliance with the BS1363 standard. 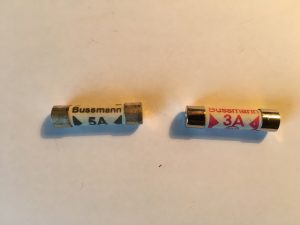 Here is the problem though. Eaton, the company who makes Bussmann fuses state that their fuses should have dull endcaps. The 3 amp fuse is also unusually light weight. 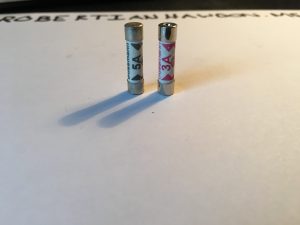 I’ve put both fuses on their end, here we can see that both are the same length. A common issue with counterfeit fuses is that the length can be incorrect which can cause issues in that the fuse doesn’t fit correctly and, in extreme cases, could cause arcing.

There was a little bulge on the edge of the endcaps as well, and the second time I attempted to remove the fuse for this post, the endcap came off. 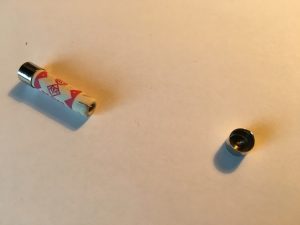 The endcap taken off the fuse.

This is now confirmed to be a counterfeit fuse, as a BS1362 fuse is supposed to be filled with silica sand with the fuse wire suspended in the middle, this is to avoid the fuse exploding under high load as the sand will absorb the energy. Here, the fuse wire is folded over the ceramic and the endcap shoved on top.

Now lets focus on the cable. Both leads claim to have 3 conductors measuring 0.75mm², just like the King Coro cord, I wanted to confirm this. 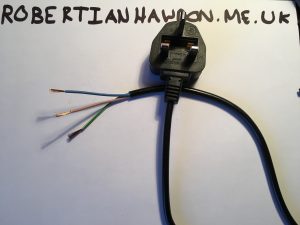 The end of the cable stripped.

Here, things are looking a lot better. The cable was pretty strong compared to the previous counterfeit where the plug could be simply ripped off, so the wire had to be cut and stripped to expose the wires inside. The colour coding of the conductors were correct and matched the pins on both ends of the lead. The fuse holder is also wired correctly. But there was a bit of a powdery substance within the cable itself making me question if the internal insulation is actually made of PVC. The cross section of the wires themselves do actually look to be 0.75mm² in diameter and have a coppery look to them. But something doesn’t feel quite right about them. 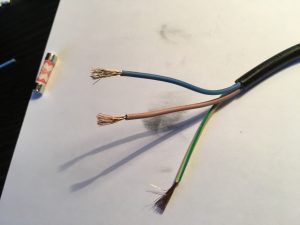 The truth is revealed when the metal is scraped with emery paper.

So I took some emery paper and scratched away at the blue (neutral) wire and revealed a silvery metal underneath. This shows the cables are not pure copper, but most likely a copper clad aluminium. The problem with this is aluminium has a higher resistance, which means the more load put on the cable, the hotter it’ll get. Now, this is probably not going to be a problem when running at 3 amps maximum, but it’s still far from ideal should the fuse (which, let’s remember, is also counterfeit) fail to stop high current. Also, I wouldn’t be surprised if the same cable was used on a lead rated for 13 amp.

Of course, the leads me on to the final test: The burn test. If a fire was to start, the plastics used are supposed to contain a flame retardant compound which should stop it from continuing to burn after the heat source has been removed.

I took some of the insulation from the cores and the external insulation and put them under a flame to see if they would automatically extinguish after the flame is removed. I had originally shot this video outside, but the wind was too strong to form a conclusive result, so I redid the test inside.

As you can see, in this case, the cable passed this test and successfully extinguished after a flame was removed.

Unfortunately, this does not mean the cable is safe to use. The counterfeit fuse, and the aluminium cabling could cause a fire if the cable was to fail, but it is still an awful lot safer than the “King Coro” cable. But if you do happen to find any Guida branded leads, it’d be best to replace them with ones from reputable manufacturers.