Paying to read the news? Not if you’re Google* 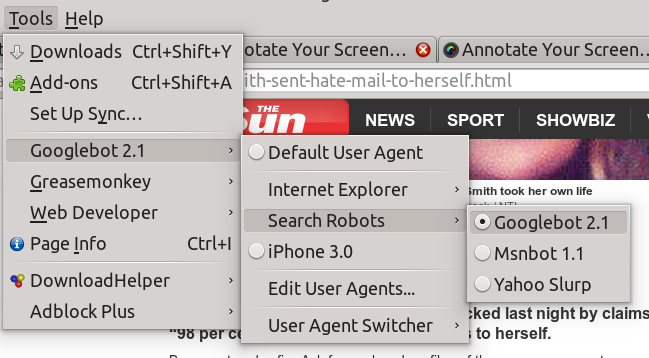 *or any search engine

It turns out one major British newspaper is now making you pay to read their news articles online. This is probably a bad move, but there is a way around it, at least for now.

you have to PAY to read The Sun online now? *shakes head* Mirror here I come….

The Sun recently announced a new service called “Sun+” with the hook that you can watch goals from various football match. What they didn’t mention is that you can no longer read articles on their website, and their whole business model now revolves around this Sun+ product. 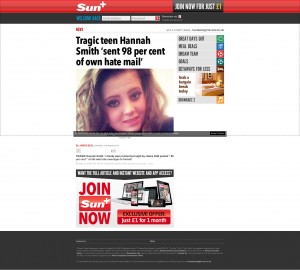 Now, I admit, the Sun does post an awful load for content I’d hardly call “news”, but in the interests of hackability, here’s how you can – at least for now – read articles without subscribing:

Firstly, you’ll need a plugin for your browser which will let you change something known as a “user agent”. This is what web servers use to know what browser you’re using and can tailor your experience with the site based on that. It was quite popular a few years back (at least for me) when Microsoft decided to cripple Hotmail for Linux users on Firefox, when the Windows version worked fine, switching the user agent to say I was running the Windows version of Firefox suddenly fixed things. I have compiled a list of plugins for the major browsers in use at the time of writing:

Internet Explorer (note, this plugin doesn’t look that user friendly, also it might not work with the latest versions, I’d advice using one of the above browsers)

Now that’s installed, go into the user agent switcher settings and add a setting called “GoogleBot” (note, the plugin for Firefox has this preloaded), in the user agent string insert the following:

Save, and set this as your user agent string. 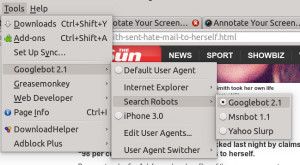 Now on The Sun’s website, you’ll be able to read full articles. 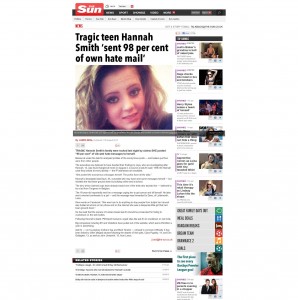 The idea is that search engines, such as Google, will be able to see the whole story whilst crawling the web, which will give the site more of a chance of being at the top of search results, but once a user tries to go to the page, they’ll be presented with the page telling you to subscribe to read the full article. By fooling the website into thinking you’re the GoogleBot, the site will display the full story for you to read. Interestingly, in a “nice” layout.

It’s important to remember to change your user agent back to the default when you’re done as some websites tailor their sites specifically for the GoogleBot with some sites just showing nothing but a line of plain text.

As for the legality of this, who knows? I’d say it’s the equivalent of picking up a news paper in the shop, reading an article and putting it back, which the last time I checked, wasn’t illegal. But heck, I’m no lawyer.