Life update 1 of 1… do not turn off or unplug your blogger! 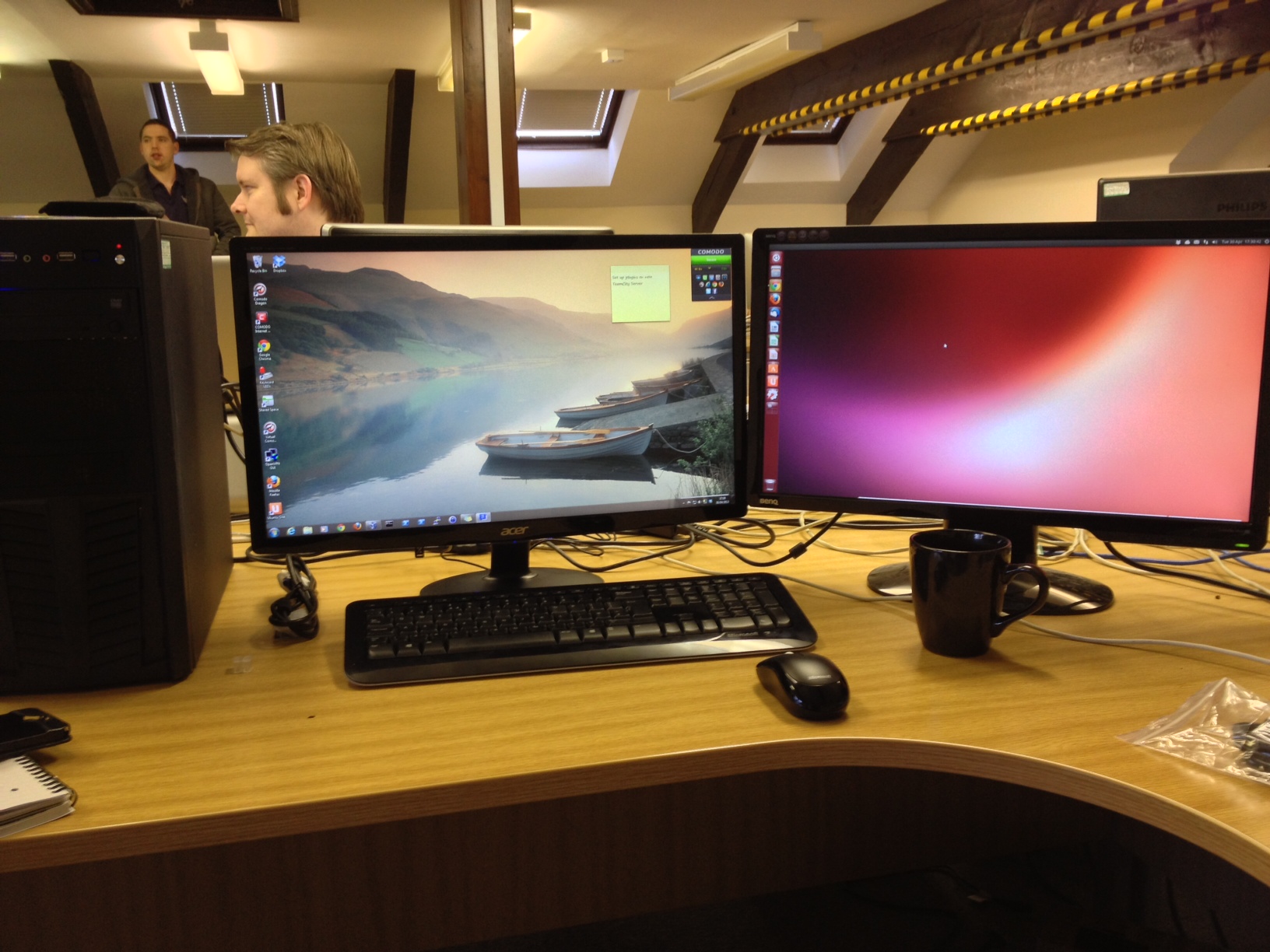 Well, it’s been a while since I posted, but this is really been down to getting a job. A few weeks ago, I changed the tagline of this site to say “An IT Systems Professional” to reflect this. I am now a systems administrator for a gaming company based in Newcastle Upon Tyne.

Over the next few weeks, I may be attempting to move this site to the Windows server on OP-EZY, by installing PHP and MySQL on there to build a WIMP configuration (that is Windows, IIS, MySQL, & PHP). If this goes to plan, there would be no obvious change to the operation of this site.

Of course, the primary server at OP-EZY HQ would still be Linux, and to get round the issue of only having one IP, I would have to route this site through Apache (which has already been successfully done on other portions of OP-EZY).

So, for now, I’ll leave you with a picture of my desk layout at work: 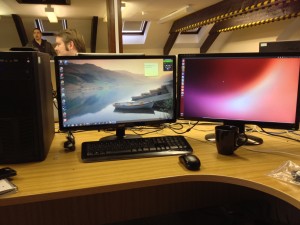 Here I am running Windows 7 Ultimate, with the newly released Ubuntu 13.04 “Raring Ringtail” system running in a virtual machine on a second monitor. (as you can’t keep me away from the penguin, not even at the workplace! 😉 )