My adventures into the world of GNU/Linux. Part 2 – A deaf man looking for a red fedora. 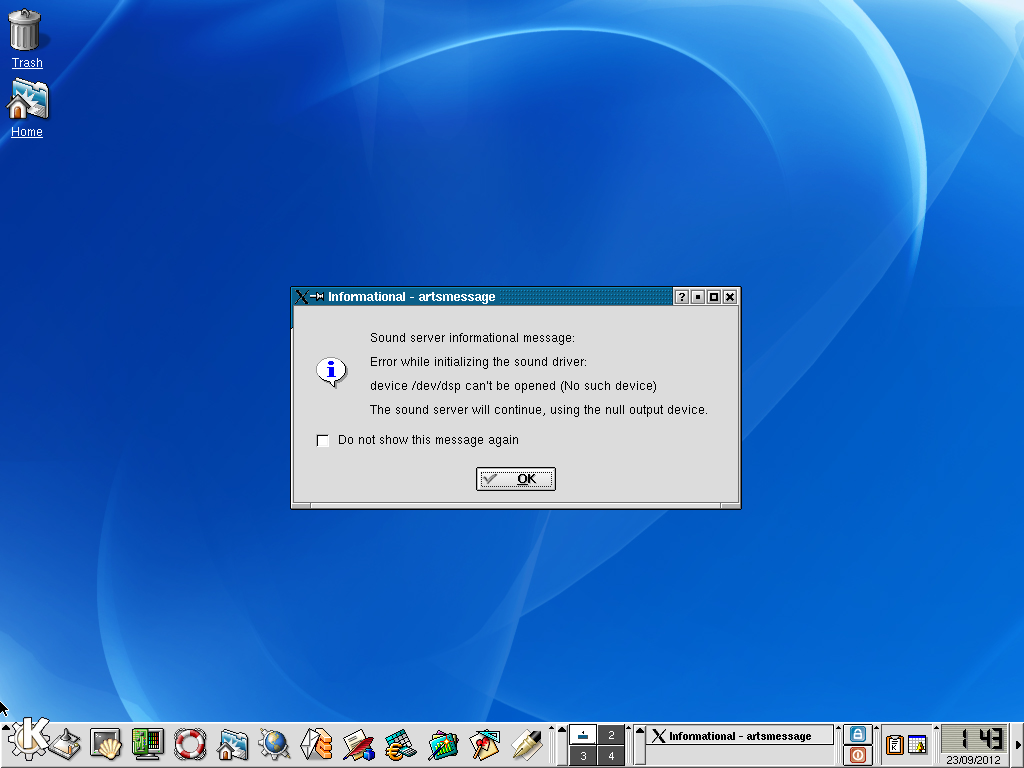 Wow, this must be a record, a part 2 to a post, and what a cryptic title!

So, in my last post, I talked about how I got introduced to operating systems based on the Linux kernel, and how I went about acquiring a Linux system. The problem was my PC at the time was too old to handle modern operating systems, but after building my new machine, I was able to give it another shot.

So, armed with my Slackware 8.1 CD, I booted up my new PC (which was the first I owned that supported booting off optical media), it asked me to log in as root, and then, according to the magazine, I needed to partition my hard drive with either “FDISK” or “CFDISK”. 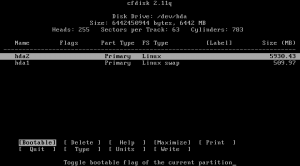 CFDISK was used to partition my hard drive

I chose to use CFDISK as it was easier to use compared to FDISK (not to be confused with FDISK that’s bundled with MS-DOS). After setting up my data partition and swap partition, I was then able to fumble my way through Slackware’s text based installation. 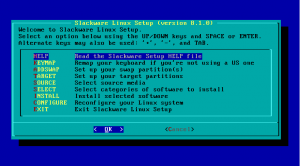 The setup program on Slackware 8.1

Something that got my attention about Slackware, was that it told you what each package it was installing would do, on the down side, it gave no indication on how long the installation would take, and how long was remaining. 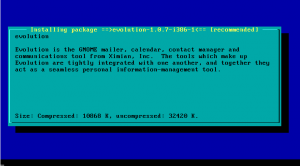 Screens were shown during installation explaining what each package would do.

After about an hour or so, this very difficult question was asked, which desktop environment did I want to use? 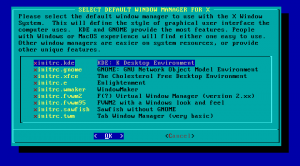 The menu asking me which desktop environment I wanted to use.

This was a difficult question to answer because I didn’t know which one to choose. Screenshots of KDE, GNOME, and Enlightenment were featured on the front of the Slackware box. I personally thought KDE looked the most professional and polished. It was also the first in the list, so I chose that. I stuck with KDE for many years, until the release of KDE 4.0 which was so full of bugs, I switched to GNOME. I switched back to KDE for a bit when it was more stable. Currently, I am using Ubuntu’s Unity interface.

Once I had finished the installation, I needed to reboot the computer. 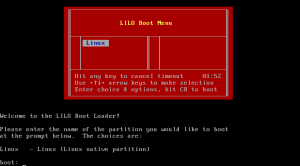 Booting only took less than a minute, and I was presented with the following: 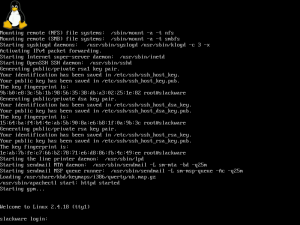 Slackware 8.1 login prompt. The single image of Tux (the Linux mascot) at the top of the screen represents there’s only one CPU core.

Once I had logged in, the question was how to get my KDE desktop. Originally, I had no idea how to do this, but after referring to the magazine, it mentioned the “startx” command. So I ran that, and was greeted with this: 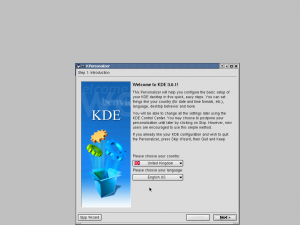 There were a few pages in this wizard configuring things like language, system behaviour (to make it act more like Windows or Mac OS X). After all that had been done, the KDE desktop started to load. 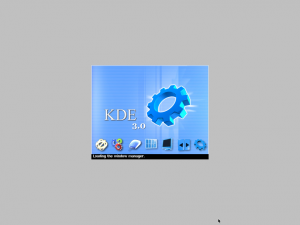 After this, I was presented with the desktop, and my next hurdle. The sound card is unavailable.

Not being able to get the sound working, I gave up on Slackware, and acquired a copy the 4th Edition of “Linux for Dummies” which included a copy of Red Had Linux 8.0.

The front cover of the 4th Edition of Linux for Dummies, which included a copy of Red Hat Linux 8.0

Not being able to get the sound working on there either, I ended up asking the folks at LinuxQuestions.org many times on getting sound working. (Here is the first of many posts, in the words of 12 year old me!).

I’ll save getting the sound working for part 3, but I’ll leave you with this site being shown on Slackware 8.1 This site being rendered on Mozilla 1.0

Slackware came with a few browsers, Konqueror – KDE’s default browser, Netscape – Microsoft Internet Explorer’s largest competitor from the time, and Mozilla – A relatively new browser which included an email client built in. Mozilla is not to be confused with Mozilla Firefox, which came a few years later. Despite its age, it handled this site pretty well.