Got your head in the clouds yet?

It’s no secret that cloud computing is the direction that computer systems are going, and (by my prediction) within the next 2-5 years, most of the work you’ll do on a computer, will be done in the cloud.

I will save my thoughts on what the future holds for general computing for the everyday user for another post. But for now, I’m going to focus on file storage. Particularly your files.

First, there were punch cards (a bit before my time), then floppy disks (yes, if I can, I still try to include a 3 1/2″ floppy drive in computers I build), ZIP disks, Writeable Optical Media, then USB Flash Drives. Sorry if I missed some out, but you get the gist. All of these forms of media are physical devices which, if you’re trying to move files from one device or place to another, requires you to actually have the device on you. Should you forget to take your Flash Drive with you, for example: to university, then you will be without your work until you get home. This is where the cloud has the upper hand.

As pretty much everywhere has an Internet connection of some sort, which means, if your files are on there, you will be able to access them anywhere. But what are the best services to go for? Well, here are my recommendations. Lets start with the obvious first:

Dropbox is a service I’ve been using for about a year now, it offers both paid for, and free services. They offer 2GB of storage, for absolutely nothing, with the ability to increase this storage space.

For example, if you were to sign up through a referral link (like this one: http://db.tt/f8lIow8) you’d get a bonus of 250MB.

If you follow the getting started guide, and complete 5 of the 7 tasks, you get another 250MB. Each person that follows one of your referral links will also net you 250MB. If you’re a student, pop your personal university, college, or school email address into this site: https://www.dropbox.com/edu to have all referral bonus space doubled (500MB instead of 250MB). Finally, by allowing your device or computer to automatically upload photos to your Dropbox, your space will automatically increase 500MB at a time (up to 3GB)

Dropbox can be used to share files directly with friends, family, and co-workers with the use of the shared folder facility. There is also a public folder which allows you to create a link directly to that file to distribute freely.

Dropbox integrates nicely with your operating system, whether you’re running Windows, OS X, or a Linux distribution. (Side note, there is also a lot of interest in getting Dropbox to support FreeBSD, and there are reports of limited functionality of using it via the Linux API layer). There are also apps for Blackberry, iOS, and Android devices. Of course, it’s also possible to manage, your account and files from the Dropbox website.

Dropbox isn’t your only option though, and although I think it’s a great service, you may want to consider trying some of the following: 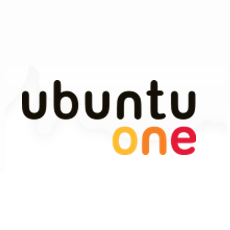 Ubuntu One is a cloud service from Canonical, the company who’s flagship product is their Linux based Operating System Ubuntu. Everyone using Ubuntu is encouraged to sign up for an Ubuntu One account, which is preinstalled in Ubuntu for easy set up. They also provide a Windows version to allow files to be synced between the two systems. iOS and Android Apps are also available. Other Linux distributions can install Ubuntu One, though this is not supported by Canonical, users have reported it works just fine.

Ubuntu One comes with 5GB storage for free, with the option to pay for more space. A unique feature of Ubuntu One is their music package, which allows you to stream and save your music across devices.

Amazon (who actually provide the hosting for Dropbox), also offer their own file storing service. They, like Ubuntu One, provide 5GB of online storage, but also have a 2GB limit per file upload. This usually isn’t a problem for most users. All customers who shop with Amazon are able to log in and start using this service immediately.

Customers who purchase MP3s from Amazon’s store have these files backed up in their Cloud Drive for free, and it won’t take up any of their storage space.

Unlike Dropbox or Ubuntu One, Amazon Cloud Drive doesn’t have a way of integrating with your operating system. 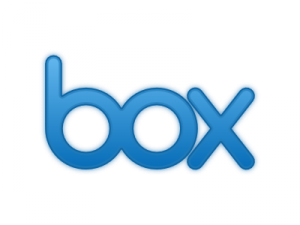 Box offers 5GB of Personal online storage for free, their main focus is documents, with the ability to share documents with co-workers. Occasionally, they run promotions which enables user to upgrade to 50GB of storage for free.

Box also allows you to view documents through their web interface without needing to download the file first.

SkyDrive from Microsoft boasts 25GB of storage for each user and 100MB limit on each file. It integrates with Windows, and recent versions of Office for both Windows and Mac. It also integrates with other Microsoft Online services such as Bing, and Hotmail. Files can be accessed online.

iCloud is Apple’s cloud storage service which is aimed at Apple’s devices and software, allowing them to synchronise with each other. They provide 5GB for free, and allow you to upgrade for a fee. Only your own documents take up your quota, and like Amazon, items purchased from iTunes are backed up in your iCloud account free of charge.

I believe the information in this table to be correct, but services may change, and there might have been something I’ve missed