Earlier this year, I had heard about a recent release from EMI of one of my favourite bands, Lindisfarne.

Now, I know this was released back in January, but it’s taken some time to really listen to it, and come up with this in depth review.

The Charisma Years, as the name suggests, refers the the music Lindisfarne released on The Famous Charisma Label, and basically contains all the material that was released in that era. (With the addition of a few bonus tracks, which have never been available on CD before!).  The music is pretty much in chronological order, and contains all 5 albums that the band released on that label.

Perhaps now, I should mention that I do own all the original albums that are included on this compilation, and have most of the bonus tracks from various other LPs (mostly, the US releases), bar 2 tracks (“From My Window”, “On My Own I Build A Bridge” ): 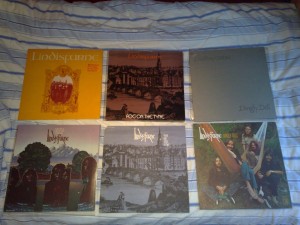 Nicely Out Of Tune: From what I’ve read on the web, this particular release of Lindisfarne’s début album has been newly remastered at Abbey Road Studios, and upon hearing it, I have to admit, it sounds really good. This release is about as faithful to the original LP (CAS 1025) release as you can get. The music has a nice mellow, analogue sound, which is quite rare to find on remastered albums on digital media. . Although it does suffer from the Loudness War, a common issue with many modern music CDs, this remaster is no-where near the worst example I have heard! (Cheers to Michael at the Lindisfarne Forum for pointing out my mistake)

After the original album finishes with “Scarecrow Song”, we are treated to an exhaustive collection of bonus tracks, the first two, where B-Sides to singles released at the time. (“Knackers Yard Blues” & “Nothing But The Marvellous Is Beautiful” the latter was included on the US release of Nicely Out Of Tune under the name “Nothing But The Marvellous”). These tracks were included on older reissues. After these, we are treated to two new tracks, that I personally have never heard before, “From My Window” and “On My Own I Build A Bridge”, these of which might have been have been released when the band was known as Brethren, but I cannot be certain. Side note: After a bit more research, I found that these tracks were released on Buried Treasures 1 & 2 respectively. Following these, there are 3 tracks that were used on the US release of Nicely Out Of Tune (on the Elektra Label EKS-74099): “Lady Eleanor”, “We Can Swing Together”, and “Scarecrow Song”. These tracks were also on the UK release, but had distinct differences:

The original US release of the album had some minor changes to some of the other tracks, but these weren’t included on the new box set.

Finally, disc one ends with a Demo release of “Meet Me On The Corner”, which was later re-recorded for Fog On The Tyne, this demo version though, was release twice by Charisma, firstly in 1975 on the Finest Hour compilation (CAS 1108), then again in 1981 on Repeat Performance – The Singles Album. (BG5)

Fog On The Tyne: Disc 2 starts with the full second album, which is a bit strange when you have all the discs running in order, to go from the demo of “Meet Me On The Corner” to the final finished version! The quality of this is roughly equivalent to my 1980s Charisma release (Before Virgin Records bought the label) I have on LP (CAS 1050). After the original album ends, we get the two bonus tracks that were original released as B sides: “Scotch Mist” and “No Time To Lose”, these tracks have been released on previous reissues.

An interesting addition though, is another copy of “January Song” marked as the Extended Version, which has a nice middle section that was cut from the album, and, as far as I know, was never performed live. The quality of this track leaves a lot to be desired, almost sounding like a bootleg recording. What’s known about the history of the track sheds a little more light on it though: This track was only available on an album titled The Best Of Lindisfarne and was only released in Norway. I saw one of these appear on eBay about 8 years ago, but as I didn’t know much about it, I didn’t bid. Sadly I haven’t seen one since! (Edit 2012-12-31: I finally have a copy after years of searching!) Judging by the artefacts on the recording, I’d say this was ripped off the said LP, but not by someone working for EMI (my best guess). In the liner notes, there is written “Special thanks to: …. and last, but not least, the Norwegian National Library”, which leads me to think that even EMI had problems tracking down this track! The song itself, though taken from the same take, is played about 4% slower than the album version, this is probably down the to equipment used to rip the track from the LP. The big question I have is, surely, the original recording is stored somewhere at EMI, and why they didn’t just recreate the track from the original multitrack recording is beyond me! 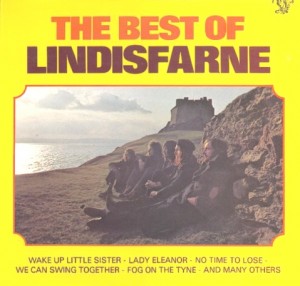 The incredibly rare Norwegian “The Best Of” album, now finally in my collection as of 31st December 2012

Dingly Dell: Lindisfarne’s 3rd album is also included on disc 2. The quality of this remaster isn’t as good as the other albums, though out of the original LPs (CAS 1057), this album had similar issues. Only difference is, the CD remaster is slightly worse than the original LP. What is quite interesting though, is the fact the whole album is about 2% faster than the original. I had a discussion about this on the Official Lindisfarne Forum, and they seem to agree with me. There are no bonus tracks for Dingly Dell, but something that did grab my attention when listening to the album in a quiet room with headphones, is during the beginning of “Go Back” you get to hear the ‘pre talk’ before the band start to record the song, this is also on the original LP, but due to background noise on the LP, it’s only now I’ve heard Alan reply ‘Yes thankyou’ when asked ‘Are you sitting comfortably’, minor, I know, but rather interesting non the less!

Live: A few years ago, the exact same reissue that is stored on disc 3, was released as a standalone album to replace Charisma’s original release of Live (CLASS 2), the remaster was done from the recently rediscovered multi-channel master tapes. Because of the extended playtime available on CDs compared to Vinyl, they were able to put the whole concert onto the CD.

Roll On, Ruby: Finally, disc 4 contains the last Lindisfarne album released on the Charisma Label. Roll On, Ruby (CAS 1076) was the first album released by the short lived Lindisfarne Mk.II band. The album itself has been nicely remastered, but sadly doesn’t contain the bonus tracks that was on its standalone CD release. Instead, we get 3 tracks that were, once again, different on the US release (Elektra EKS 75077): “Taking Care Of Business”, “North Country Boy”, and “Roll On River”.

Interestingly though, some of the US mixes found their way onto the main album, “Nobody Loves You Anymore” has the extended US, non fadeout, ending, and “When The War Is Over” is more compressed, so you don’t get an ear blasting halfway through. The only other difference I’ve noticed is that “Taking Care Of Business” doesn’t roll straight into “North Country Boy” like it did on both LPs!

Overall though, I am very impressed with this new release. Only thing I am slightly disappointed in, is the lack of write up commonly found in Lindisfarne’s re-releases!

Pros: The bonus tracks that most people won’t have heard unless they’re an avid collector like me!

Cons: The quality of some of the tracks leave a lot to be desired, lack of write up is disappointing. 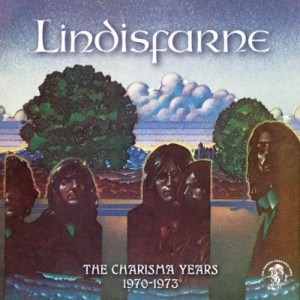 The front cover to The Charisma Years