Does the media manipulate us by hiding more pressing issues? 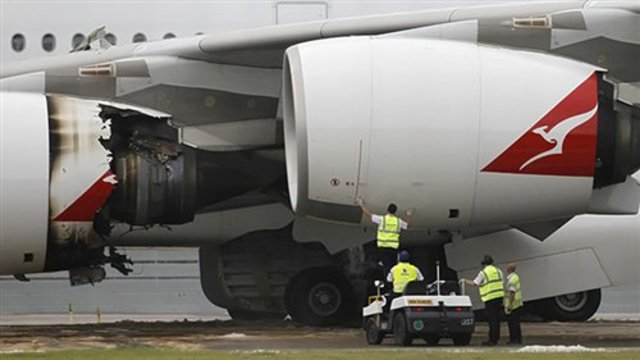 There’s no doubt about it, our lives are influenced by the media. Ever since September 11th 2001, many more people are getting paranoid about getting on a plane even though security has been tightened considerably, the media have made it sound like getting on a plane is one of the most dangerous things one can do…

…In reality though, you are more likely to die in a car than on a plane, but that still doesn’t seem to make people feel more at ease.

But that’s not what I want to talk about. What is more worrying is what the media DON’T tell us, or in some cases, focus on one story, when they should be looking at something else.

Lets stick to planes, as we’re already on the subject, many people will have heard about the news story that broke on November 4th about the Qantas owned Airbus A380 which needed to return to Singapore to make an emergency landing after one of the Rolls Royce engines exploded mid-flight. A worrying problem, yeah, but what you have to remember is that these engines clock thousands of miles in their lifetime, and from time to time, engines fail, and that’s why planes are designed to be able to continue flying should there be engine failure. 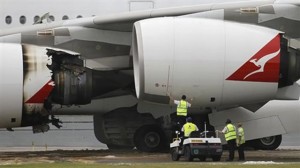 What has been hushed though is a story that broke on November 13th, where the pilots of a BMI owned Airbus A321 lost control of the plane for several minutes, when they finally regained control, they were 20 miles off course. Now personally, that is a more pressing issue as, unlike an engine failure, there is no fall back procedure if the pilot can’t gain control of the plane.

Now, I can’t say for sure what happened on the Airbus A321, as the the story seems to have been brushed under the carpet, but I’m guessing it’s very similar to what happened in 1988 on Air France Flight 296, where an Air France owned Airbus A320-111 crashed at an air show. The outcome of the investigation show the crash to be result of computer error, as the planes are designed to correct human errors. This means everything the pilot does is run past a series of computer programs (each developed separately so that there is less chance of error). In the case of the Air France flight, the pilot was instructed to fly low, then land. When the pilot realised the plane was going too fast to land he attempted to abort the landing, but the onboard computer calculated that trying to lift the nose at that point could lead to the engine stalling, so refused to accept the pilot’s commands, resulting in the crash. Though, due to evidence that the flight recorders have been tampered with, no-one is exactly sure what happened on that flight.

The BMI flight might possibly have had a similar problem, regarding computers failing to accept the pilot’s command. Who knows? Maybe the ideas portrayed in 2001: A Space Odyssey may not be too far fetched after all…. *Publish this post HAL* “I’m sorry Dave, I’m afraid I can’t do that”

Now, what we need to ask ourselves is, are other stories are being hidden from us, and if so, why? Because out of those two stories, which one do you think should have had more world-wide coverage?