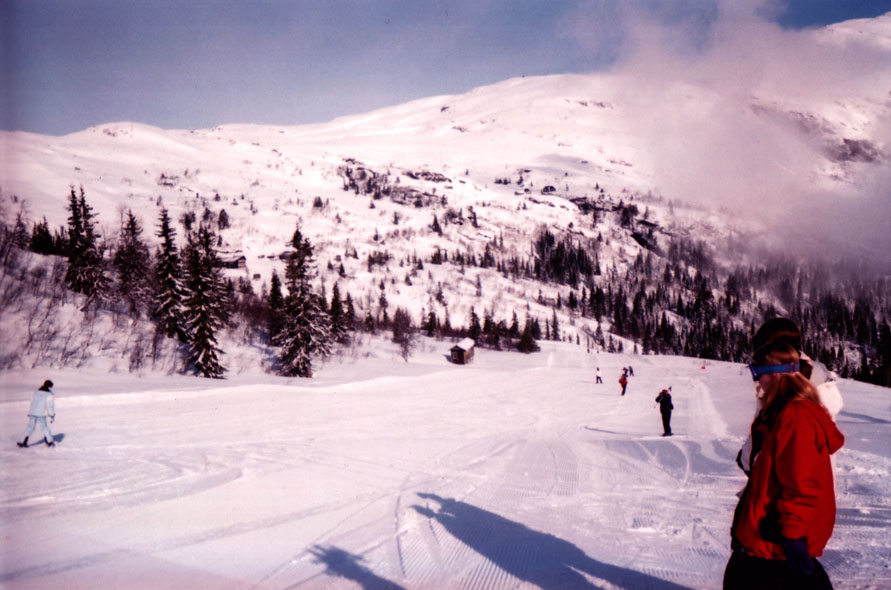 Back in 2003, I went to Voss, Norway, on a skiing trip in middle school (year 8). I recently found a bunch of photos, and decided to look back on that week.A forewarning: The photos were taken on a disposable 35mm film camera (Disposable cameras for disposable memories!), so some of the pictures look like they were taken in the mid 1970s, but I can assure you that the year is 2003! 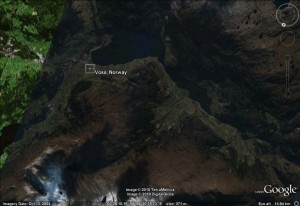 Voss is a municipality (a collection of villages) in Norway, every year, Mr. Clogg of Richard Coates Middle School, would organise a ski trip there. The trip was open to year 7s and year 8s. Myself and a few mates decided to share a room and go in year 8. We stayed at a youth hostel (Voss Youth Hostel Evangerv 68, Voss, Norway 5700) which provided us with a four bed dorm, good food, evening entertainment, and even an internet connection (though, you had to pay something like 10 Kronor for 10 minutes use… but then, there was no Facebook, or youtube.. so there wasn’t much to do online but check hotmail 😉 ) 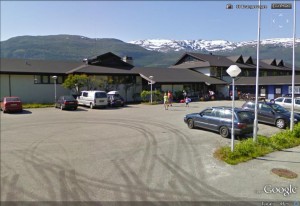 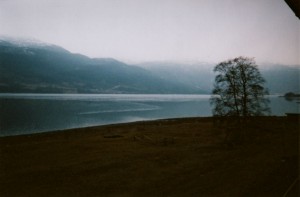 The view from the hostel room

Out the window of our room, you could see the lake (partially frozen over), and if you look closely at the above picture, a small assault course, which you’ll see being used in the video by Jack and Cheng!

The three mates I shared a room with was, Dan, Matt, and my best mate at the time, Tom Bullimore 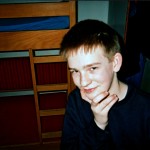 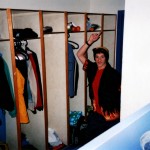 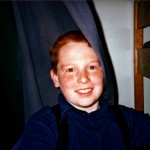 First day was spent getting our ski boots and skis, the next day, we hit the slopes! 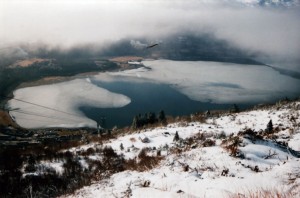 A view of the frozen lake from the ski centre

A 5 minute cable car trip took us up to the ski centre, here, we’d put on our ski boots and collect our pre-designated skis, I remember I had the skis with the number “150-Ø”. The Ø is one of the extra letters in the Norwegian language!

It took a few days to get used to the slopes, and I even ended up getting lost on the first day after falling off my skis, and sliding down the side of the mountain! I made my way back up, got back on my skis and continued to follow the trail alone. Thankfully, my ski instructor came back for me, and after then, I was able to keep up with the group! 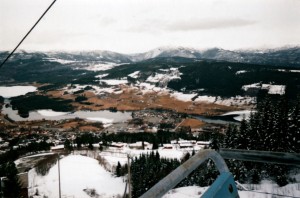 View from the chairlift

Each day, we would go on different trails, taking various chair lifts, including one that took 12 minutes to arrive to the top! You really don’t want to be on one of those things in the middle of a blizzard if you’re not wrapped up well enough! 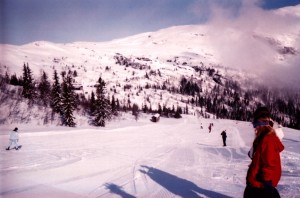 The view down the mountain

The views were still stunning at the top!

One of the evenings, we walked up to the Norwegian folk museum, which showed us a bit about the Norwegian history (sadly, no pictures), and on another night, some people came in to the hostel to show us the local folk dancing and invited us to join in! 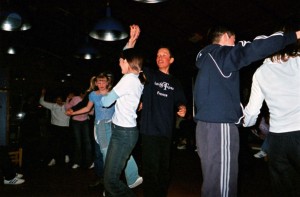 On the final night, we went into the city of Voss into a specially booked night club, where we had a disco, and an awards night 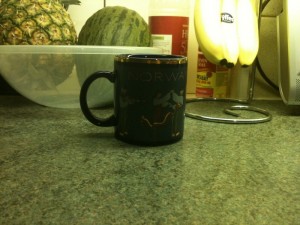 The mug I won!

There were 4 awards, and I won the “Most improved skier” award, and for that, I won a mug 🙂

Tom decided it would be a “fun idea” to set me up with a girl who was also on the trip (Jane)… somehow, someone managed to get a shot of this, and it ended up in the yearbook! 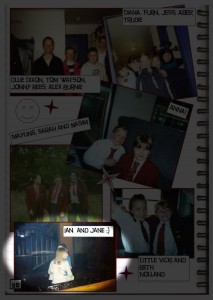 A photo of Me, dancing with Jane, managed to make its way into the yearbook!

Overall, it was a fun trip, and as an added bonus, Mr. Clogg also did a good job, skiing down the slopes backwards whilst pointing a camera at us, the film he made was available to buy when we got back home. I found mine the other day, and you can watch it here: