Why I’m not letting go of my 5th Generation iPod 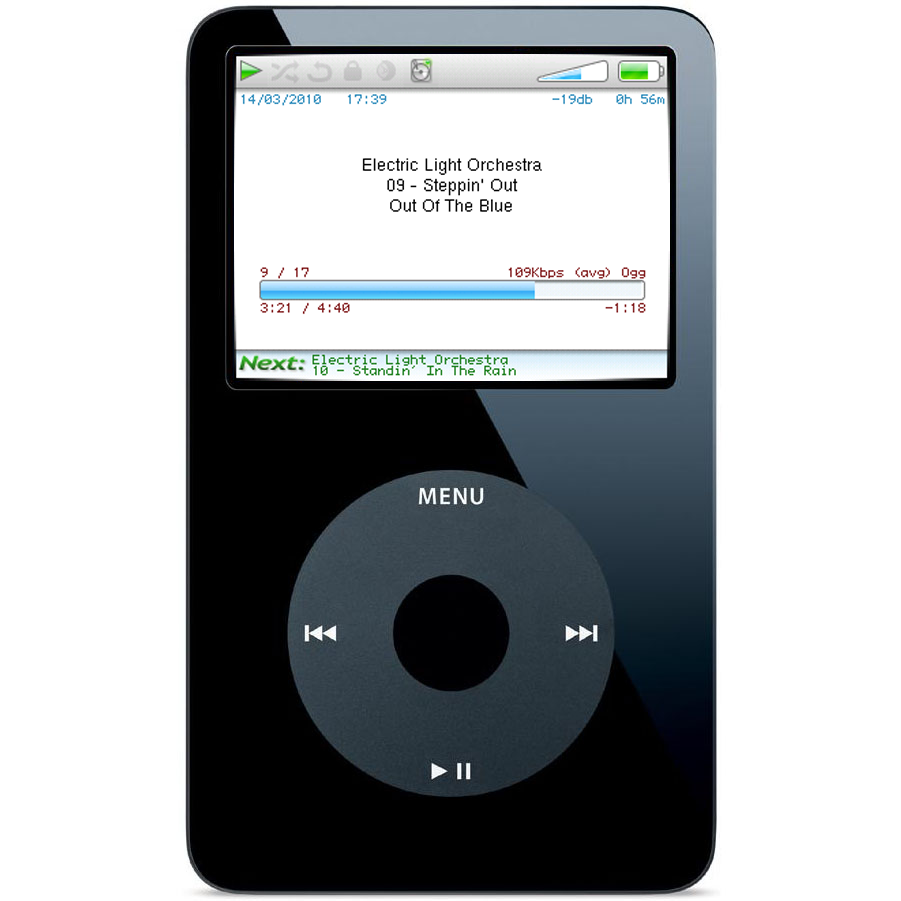 So, a few weeks ago, I got an iPhone (which I’m currently using to type most of this up on!) and it’s pretty awesome. As Steve Jobs said, when first publically showing off the iPhone: “it’s a phone, and iPod, and an Internet communications device” and indeed, it does all those jobs really well!

So why, may you ask, am I so passionate, about keeping my 5th Generation iPod (the iPod video)? Well the answer (as always it seems) is free software! More spcifically, an open standard, known as Vorbis.

“So what is OGG Vorbis?” I hear a few of you ask. Well, Vorbis is, what I’d like to call, one of the current generation of lossy audio compression formats. This competes with formats like Microsoft’s WMA and the AAC (part of the MPEG-4 standard) format used by Apple. OGG Vorbis has a one major limitation which benefits the end user, and that is the fact the it cannot be encrypted with DRM (digital rights managment). This is by design! Vorbis is a free, open source standard, this means that whilst companies who want to manufacute devices that can play WMAs, for example, will need to pay rights to Microsoft for the privelage. Implementing the Vorbis codec, on the other hand, costs absolutly nothing!

“So, what has any of this got to do with the 5th Generation iPod?” you ask. Well, as you may or may not know, iPods (or the iPhone) can’t play the OGG Vorbis standard (or WMAs for that matter, though the reason for the lack of WMA is kinda obvious, don’t ya think!) even though the hardware is capable of using it! This is where a neat firmware replacement called Rockbox come in! Rockbox is availabe for all generations of iPod up to the iPod video. Since then, Apple has been encrypting a key part of the software on the iPod to stop people messing about with it! Rockbox is able to play a wide range of formats including: MP3, WMA, AAC, OGG Vorbis (obviously), FLAC, WAV (with CUE sheet support), and many more! Like most free software, rockbox will not play DRM encrypted music!

People might ask, “why not stick to MP3?, it’s supported on pretty much all portable music devices, and also can’t be encrypted with DRM”, while that’s true, I’d say it’s one of the previous generations of lossy formats, its development can be traced back to 1979, and it became a standard in 1991. The general opinion from various sources on the internet is that AAC is the format that officially replaces MP3, which makes sense, as AAC is part of the MPEG standard. MP3 lacks a few features you’d find on the current generation of audio codecs. Gapless playback, for instance, that allows albums that flow seamlessly between tracks, play correctly (Pink Floyd’s The Dark Side Of The Moon is a prime example!), as well as the general quality of the playback at lower bitrates. Current projects like LAME try to improve the quality, and introduces gapless playback to the format, but usually, this causes a few minor problems to some playback devices. (the worst case scenario I’ve seen is a bad case of misreporting track lengths, and the incorrect bitrate being detected!)

As most of my music is ripped in Vorbis format, re-ripping to AAC will take a long time, and being an audiophile, converting from one lossy format to another is not an option! So for the moment, I’m going to be sticking with my 5th Generation iPod, running rockbox, for my portable music needs!

As far as quality wise, the casual listener will probably not notice much difference in WMA, AAC or OGG Vorbis, though I’d probably say AAC is the weakest of the 3, and OGG and WMA are about the same, but as WMA is a closed source codec, with little Linux support, and OGG can’t be DRM protected. OGG Vorbis is still my preferred lossy format!

Oh, and don’t get me started on the lossless formats 😉