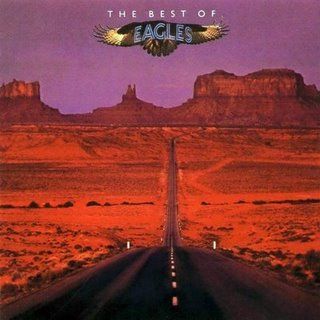 Ok, so I’ve decided to start a new segment, called “Dave’s Album Of The Year” (maybe DAOTY, that has a ring to it!). This section is based on albums I grew up listening to and, roughly, when I first started listening to them!Now even though I was born in the very early 90’s (like, just missing out on being an 80’s kid by 2 months!), most of the music I listen to pre-dates me, this is NOT A BLOG ABOUT ALBUMS OUT AT THE TIME! I start with 1997 because that’s the furthest back I can remember exactly what I was listening to!

So, lets get started:

The Best of Eagles

The Best of Eagles – way back in 1997, (when I was only 7, and I didn’t have to worry about anything in life!) I was visiting where my dad was working at the time (in Holland), and in the house he was in was a CD titled The Legend of Eagles, which turns out to be the same album, but with one extra track! The only reason why Legend isn’t DAOTY is simply because I don’t own that, but I do own this!

Legend pretty much played constantly, and it was pretty much where I developed my taste for Eagles (the band, obviously! and FYI, it is NOT “The Eagles”, just “Eagles”), my favourite tracks at the time were Hotel California and Take It To The Limit

When I got home, I found this album in my Dad’s cassette drawer, and it’s been in my personal collection ever since!

This album is great to have on in the background, AND great to listen to whilst letting your mind roam, getting lost into the meaning of the songs (like a natural high!)! A great example is of a track that does this is Lying Eyes which paints a vivid picture of a young girl who marries an older man for money, but finds she isn’t happy with him and after cheating on him, feels her life’s a mess, and although she tries to hide this, her eyes give it away! (Though I recommend you buy One Of These Nights to hear the full version, as the one on this album – or at least, my cassette version – is the shortened version omitting the second verse, and half of the last part).

Here is the tracklist:

Take It Easy
Peaceful, Easy Feeling
Desperado
Tequila Sunrise
Best of My Love
Lyin’ Eyes
Take It to the Limit
One of Those Nights
Hotel California
New Kid in Town
Life In The Fast Lane
Heartache Tonight
The Long Run

This album came out in 1985, and was available on Vinyl LP, Cassette, and CD, you could probably find a copy on eBay, or you might want to get a newer compilation that has more of their work on it… or maybe even buy all of their albums (which I have pretty much done!).

If for some strange reason, you have been living under a rock, and not even heard of Eagles, I suggest this album would be a good starting point, it covers the majority of their hits over the fist 6 albums, oh and hey, if you want the extra track (I Can’t Tell You Why), then you could try digging out a copy of The Legend of Eagles, though it’s a little harder to find!