My adventures into the world of GNU/Linux. Part 4 – Finally getting online. 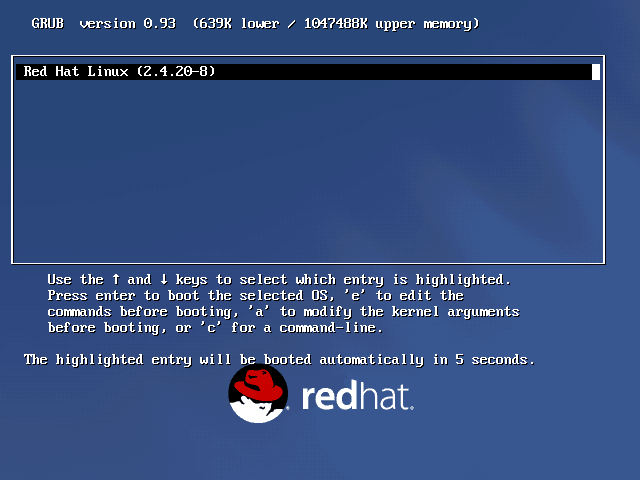 Well, it’s been a while since I’ve done one of these, (about 18 months to be exact) but let’s continue where I left off regarding how I got interested in Linux based operating systems.

After installing Red Hat 8.0 from my Linux for Dummies book and using it for a bit, I spotted Red Hat 9 on the cover of issue 33 of Linux User & Developer magazine in the early months of 2003. So I purchased it and replaced my Red Hat 8.0 installation with the new version.

Note: I’m not going to go through the installation process this time as it make this post unnecessarily long. The graphical Anaconda installer is mostly unchanged since Red Hat 8.0 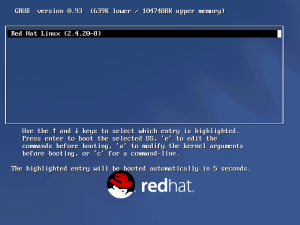 During installation, I did what I always did back in the day and installed both KDE and Gnome, due to being unable to decide which desktop interface to use. Unfortunately, Red Hat did a good job at making both environments almost identical.

Spot the difference: KDE on the left and Gnome on the right. Red Hat’s Bluecurve theme made it almost impossible to distinguish the two.

Of course, just like with Red Hat 8.0 and Slackware 8.1, I did not have access to the Internet on my machine. But, of course, as I’m reinstalling these into Virtual Machines, connecting them to the Internet is now a possibility. 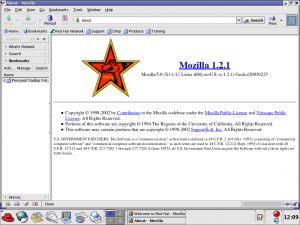 As usual, lets have a look at how well it can render this site. 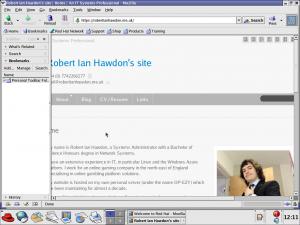 My site as viewed on Red Hat 9

As you can see, Mozilla is having a few issues rendering my site, but that’s to be expected with a release that’s 12 years old (at the time of writing). 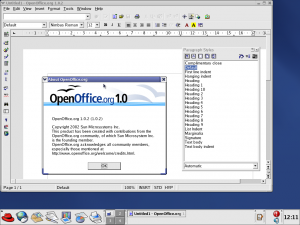 As with previous versions, Open Office is shipped with the release.

The story ends here for a bit, as I couldn’t connect my PC running Linux to the Internet at the time, and I was spending a lot of time talking to my friends on the, now defunct, MSN Messenger service (on dial up), as well as using software I could only use on Windows. But about a year later, I decided to give Linux yet another shot.

By this point, Red Hat had stopped producing a single Linux system, and instead started focusing on an Enterprise version which required a licence, and a community driven project called Fedora.

By the time I decided to give it another shot, Fedora Core 3 had been released in late 2004. This time I picked it up from Issue 45 of Linux User & Developer magazine.

This was the first Linux system I had used using the 2.6.X branch of the Linux kernel, amongst the many improvements were integrated ALSA support meaning, for the first time, sound cards would work out of the box for many systems.

Side note: In my opinion, the 2.6 kernel release in late 2003 was a major turning point in making Linux a viable option on the home desktop PC as for the first time, the system was able to handle a lot of consumer hardware without requiring much manual configuration.

First thing that jumped out to me after installing Fedora was the new boot screen. 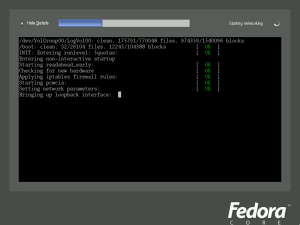 Booting Fedora with a graphical startup.

Here we see Fedora attempts to load the X Window System very early on in an attempt to hide the text that splashes up during start up. Though, the ability to see what’s going on is still available. Linux systems don’t use this technique now, and now use a lighter weight option such as Plymouth to manage what the user sees at boot time. 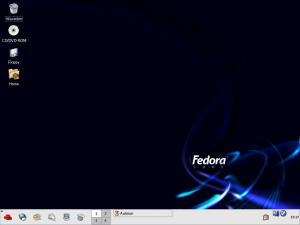 Not much different from Red Hat 9 apart from a different background and a couple of new icons.

Fedora Core 3 was the first system I managed to get online with the desktop PC I was using. This was achieved using a wireless card (Wi-Fi was the buzz word at the time) and a broadband Internet connection. The only issue was my wireless card used a Broadcom chipset, and no Linux drivers were available, but with a bit of googling, I found it was possible to use a tool called NDISwrapper to make use of the drivers written for Windows XP and translate them to work on Linux.

So, lets have a look at what Fedora Core 3 shipped with: 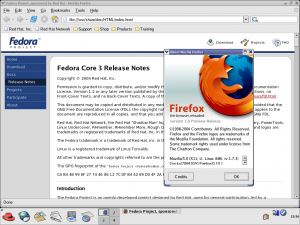 First up, a very early copy of Firefox was the default browser, I didn’t know it at the time, but this browser was about to cause a major shake up with the Web Browser market and, eventually, but yet indirectly, lead to the demise of Microsoft Internet Explorer. But as tradition, lets see how this early version of Firefox deals with this site: 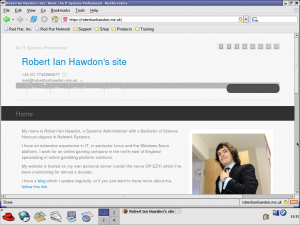 My site rendered on a very early version of Firefox.

Again, not too great, but then HTML5 wasn’t a standard when the browser was compiled 11 years ago.

Of course, now I was able to use the Internet on Linux, my next challenge was getting on MSN to talk to friends. Being a Microsoft service, I thought this would be a difficult task. It turns out it wasn’t as, by now, Gaim had support for MSN. 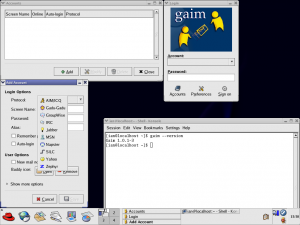 Gaim now had MSN support, and Fedora shipped with version 1.0.1

Now, I do actually have some screenshots of me using Fedora Core 3 at the time so here’s a, heavily censored, screenshot of me using Gaim in an MSN group chat: 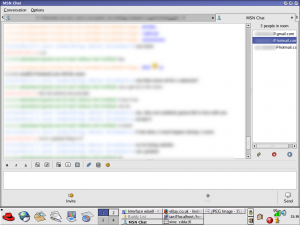 I was also able to use Linux to do photo editing using The Gimp, as well as watch DVDs using Xine, which needed to be installed from 3rd Party RPMs or compiled from source. 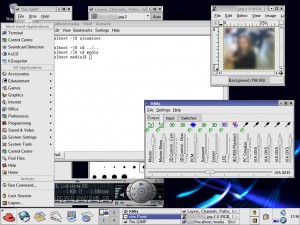 Another old screenshot of Fedora Core 3 circa 2005

In March 2005, I visited my family in Australia. Whist there, I built a low end PC to be able to talk to my friends back home on MSN, I opted to use Fedora Core 3 on the machine rather than using a pirated copy of Windows (and by this time, issue 45 of Linux User & Developer had just hit the shelves over there – I’m not being paid to plug their magazine, honest 🙂 ). This would have been the first time I had nothing to fall back on and Linux was the only operating system on the computer. Apart from a hard drive crash, the system ran smoothly.

To wrap up Fedora Core 3, here’s what Gnome and XFCE looked like: 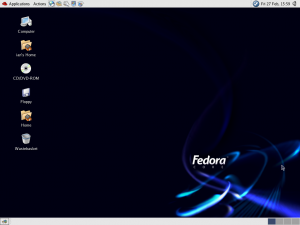 By this point, Gnome 2 had adopted the familiar upper and lower toolbar layout, which made differentiating it between KDE easy on Red Hat based systems. 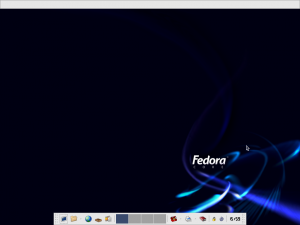 And finally, the XFCE desktop, which was the lighter weight alternative if your system couldn’t handle KDE or Gnome.

That pretty much wraps up Fedora Core 3. I’ll save my first look at 64-bit computing, OpenSUSE, and setting Linux as my default Operating System on my everyday machine for the next instalment, whenever that may be.